Xiaomi is known predominately for its low-cost, yet highly-capable smartphones, but the company also has a host of other gadgets in its extended ecosystem. These are most prevalent on its home turf in China, but the company has now announced it will launch several smart home gadgets in the U.S., complete with Google Assistant support.

The Mi Bedside Lamp, Mi LED Smart Bulb, and the Mi Smart Plug will all receive Google Assistant support, the company revealed. This initial range of Xiaomi smart home gadgets will be coming to the U.S. market, starting with the Mi Bedside Lamp this month, the firm added. The company didn’t immediately confirm pricing and availability.

The news comes a few days after Google first confirmed it was bringing the Assistant support to Xiaomi smart home lights.

It’s not the only Google Assistant news we have this week, as Google made plenty of announcements about it at the I/O 2018 developer conference. New features include six new Assistant voices, a Pretty Please function to teach your kids manners, integration with Google Maps, and AI voice calls. Google Home vs Amazon Echo – Is Google finally the king?

The Google Home smart assistant was released just over a year ago, and a lot has changed since then. At the time of launch, a lot of people were disappointed at its ability vs the …

Nevertheless, when it comes to actual device support, Google Assistant is reportedly behind its main rival, Amazon Alexa. Google claims support for more than 5000 connected devices, while Amazon says it supports over 12,000 gadgets. 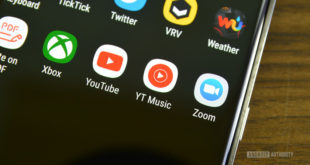