Xbox One update can automatically put your TV in game mode

This is also the patch that adds controller sharing via Mixer. Now streamers can let viewers take over their game remotely, using either a virtual control in the web browser or by plugging a controller into their PC and hopping on the sticks. Another much-needed fix is that pictures and videos shared to Twitter will play directly there, instead of posting a link to Xbox.com.

When it comes to audio, gamers can adjust the mix between streaming audio from SoundCloud or Spotify with in-game audio, right in the guide that pops out from the side when they hit the Xbox button on a controller. System sounds finally support spatial audio for people with surround sound, and the Narrator volume can be adjusted independently of the system volume. 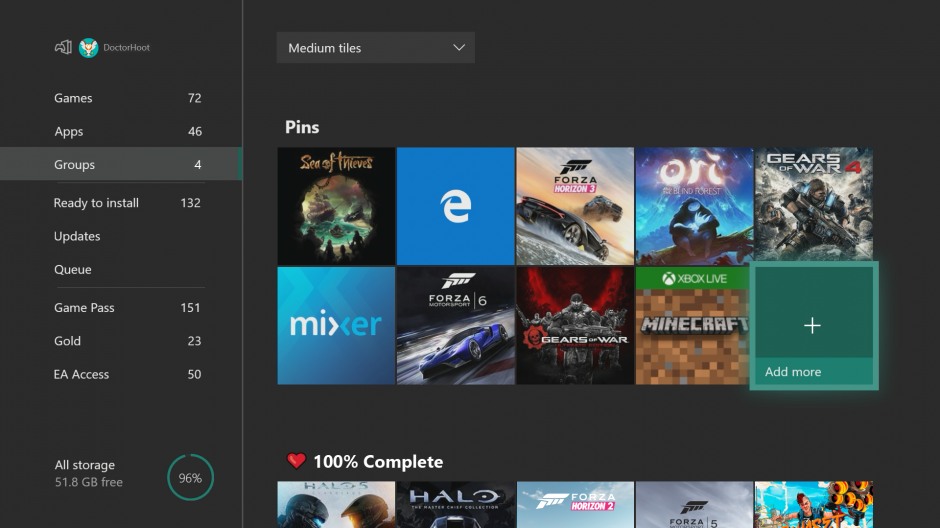 Those aren’t the only fixes arriving right now, but Microsoft is already testing a new batch for next month. The May update that recently went out to Insiders adds an option for high refresh rate 120Hz output at 1080p or 1440p. Also, it upgrades the “Pinning” option that has been with Xbox One from the start by allowing gamers to create custom groups of games or apps, similar to the way the PlayStation 4 UI works. The accessories app and parental controls are getting a facelift, and now that gamers can share clips directly to Twitter, they’ll also be able to Trim them directly in the guide before uploading.