The wraparound sleeve – which strongly resembles the first Wipeout’s cover, released way back in 1995 – comes complete with the original PlayStation logo, and artistic impressions of scuffs, folds and tears along the edges of the sleeve to give it that PS1 pre-loved look. 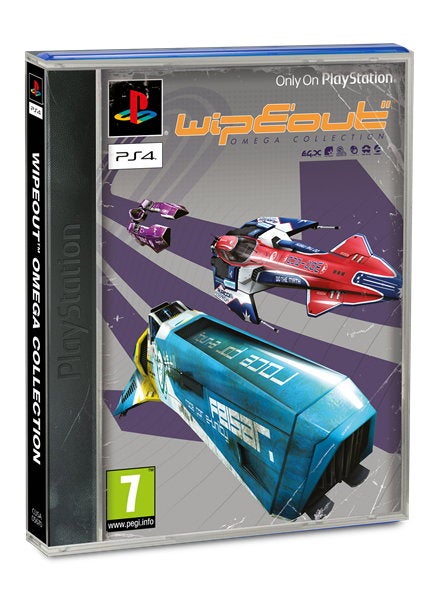 At time of writing, the sleeve is being offered on pre-orders from select UK retailers, such as ShopTo – it’s not currently clear where else it will be available, or if it will be the standard wraparound for the boxed game.

Though not a new instalment of the fan-favourite racing series, Wipeout Omega Collection features three titles: Wipeout HD, Wipeout Fury, and Wipeout 2048. It also includes the modes, tracks and ships featured in the original games, all boosted to 60 frames per second, plus 1080p resolution on PS4, and dynamic 4K on the PS4 Pro.

The last Wipeout game was released for the PlayStation Vita back in 2012, which had been developed by Sony Liverpool, a studio that Sony closed that same year.

For a lovely dollop of nostalgia, check out IGN’s 20 year old Wipeout review, in which we said: “WipeOut is a good, solid game that pushes more boundaries than most. Ten years from now, when most other games have been long forgotten, WipeOut will be viewed as a classic”, and gave it a solid 8.0.

Vikki Blake is a very jumpy survival horror survivalist. You can find her twittering over at @_vixx and twitching at twitch.tv/vixxiie.