What we're using in July


I was perfectly happy with my old system, an Amped Wireless long-range RTA15 router paired with a REA20 repeater. Unfortunately, an idiotic electrician failed to spot that the latter device was connected to a power strip that was intentionally pinned behind a wardrobe. Belligerently yanking his power drill to squeeze out another inch of range, he sent the repeater crashing to the floor, shattering it into pieces.

The accident was timely because Google WiFi had just been released in the UK. My fellow tech journalists filled my social-media feeds with humblebrags about how easy the hardware was to set up and use. They gushed about how beautiful it was, and how useful the companion app was, not to mention the raft of smug screenshots showing how much faster everyone’s Google-blessed internet now ran. 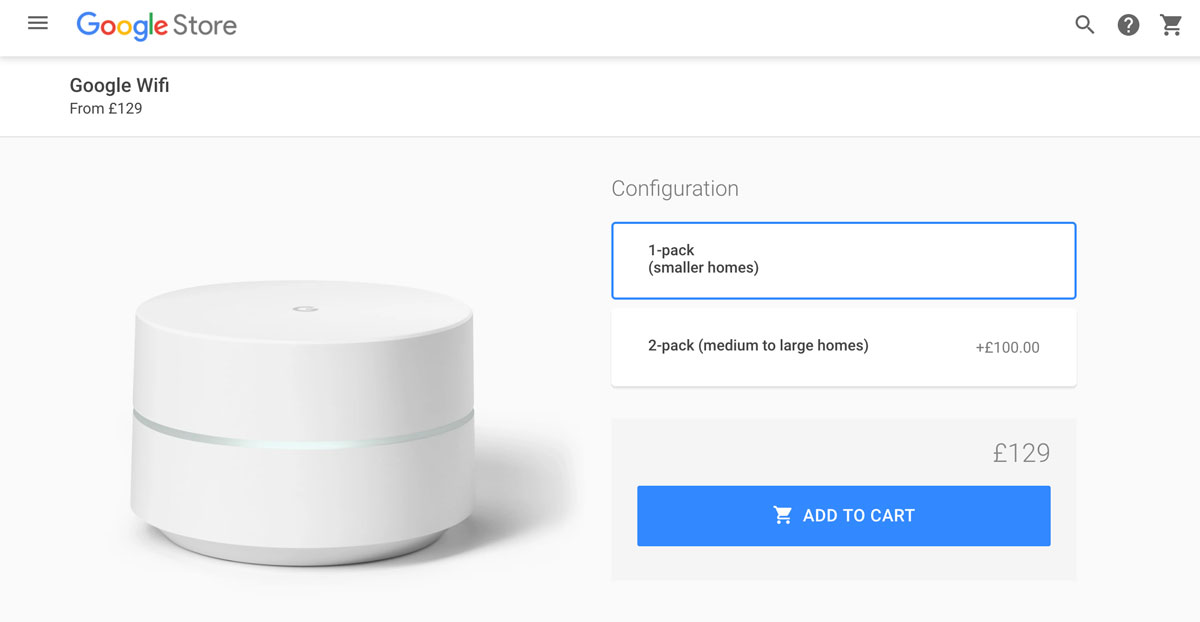 Google chose not to release the triple-pack in the UK, and so I threw down £229 (around $300) for the double pack. The box was clean and uncluttered: two Google WiFi pucks, two USB-C power leads and a single ethernet cable. The only other thing in the packaging was a single square piece of card telling you how to install the device. It took less than half an hour to get the first unit up and running, and most of that time was spent fiddling with the cable modem.

Once you’ve plugged it in and downloaded the app, you just have to let the software do its thing, which it does magnificently. For someone used to burrowing into the depths of 192.168.1.1 and trying in vain to ensure good performance, this was a revelation. Setting up guest networks, pairing Google WiFi to my Philips Hue hub, it was almost too easy.

Here’s an amusing parable about how good Google WiFi is. I sometimes forget that the bridge that controls my Philips Hue bulbs is a first-generation model. In those moments of memory lapse, I’d try to pair my home’s lighting with HomeKit on iOS, only to be told that I need to buy a new bridge for £50 ($65). Expecting it to fail, I tried to connect Google WiFi to my Hue setup, only for it to work first time. That’s pretty telling.

Then there are the speeds and, hoo boy, if you’re looking for faster internet, you should really look into Google WiFi. My desktop is connected to the internet via a wired ethernet connection that goes through the router. When I was using my old router, my desktop download speed was around 80-ishMbps. With Google WiFi, it’s closer to 100Mbps, although upload speeds have remained constant at 12Mbps.

Wireless speeds, however, are another story. Before I made the switch, I tested my WiFi speed in every room of my home. In my bedroom, the speed was 53.25Mbps, while close to the router itself I pulled down 59.9Mbps. Swap that out for Google WiFi, on the other hand, and I managed to pull down 174.94Mbps with a ping time of 20ms. That’s almost the internet speeds I actually pay/ for, which is unheard of. I was blown away by the result that I actually giggled like an idiot child.

It was when I began installing the second Google WiFi puck that things became problematic. I should have known they would, because nothing has ever been this good or useful or effective, ever. I put the device in the same place as the Amped repeater, in the back bedroom, about 45 feet away from the router. But as soon as installation began, I started getting error messages, saying that the Google WIFi puck needed to be no farther than 30 feet from its parent.

Google: not understanding the point of why people buy mesh networks since 2017. pic.twitter.com/KlyUQR7DLK

This can be a problem in a lot of British homes, which are often far narrower and longer than their American counterparts. My terraced home was built in 1890 and is bisected by a cluster of aged pipework that, even now, I’ve not been able to remove. If I put the WiFi module the other side of the plumbing, there’d be little point in bothering, since I wouldn’t get signal beyond the bathroom.

This is why I was such a slavish devotee to Amped’s high-powered, long-range offerings, which had cut through my home with ease. The router was at the very front of the house, the repeater at the back, and while it was slow and sometimes a little flaky, at least it worked. In the end, I wound up putting the second Google WiFi puck in my kitchen, 30 feet from the base station. But reliability in the further reaches of my home isn’t great by any means, and my bathroom and back bedroom don’t get great coverage.

“I was getting almost the internet speeds I actually pay for.”

The solution to this is simple: Buy another Google WiFi device and harness the power of mesh networking to its fullest. But I’m not going to, because Google should have offered the triple pack in the UK instead of just a double. As a consequence, those of us who need to buy the third module are cheated out of the bulk buy discount offered in the US. Sure, it’s only a £29 ($38) difference but it’s the principle of the thing, you know?

Right now, I don’t know if I’ll stick with Google WiFi or switch to another option like Eero, Orbi or BT’s Britain-only mesh product. On one hand, it is a pretty nice system, and if you live in a small apartment or two up-two down home, it’s worth every penny. But for me, I’m not sure if I’m prepared to spend another £130 to make it work. For all of the excellent bells and whistles, if it doesn’t do the job it’s meant to, it’s not a good deal, is it?

“IRL” is a recurring column in which the Engadget staff run down what they’re buying, using, playing and streaming.