What the rumors say about Google’s upcoming Pixel 3 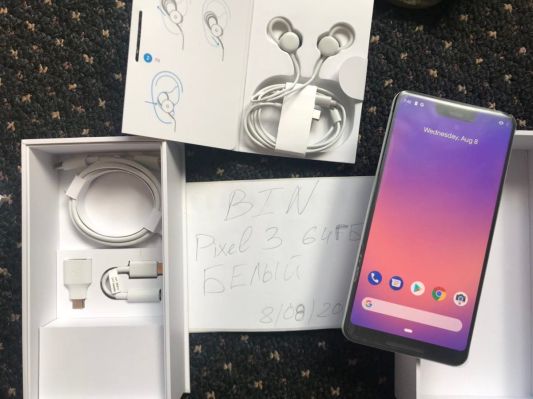 Now that the Note 9’s all good and official, it’s time to move onto the next major smartphone. The Google Pixel 3 leaks haven’t quite hit the fever pitch we saw with Samsung’s device ahead of launch — though there’s still time. After all, it seems likely the latest version of Google’s flagship Android handset won’t officially be official until October.

Even so, we’ve already seen a handful of credible links, including a full unboxing last week, so we’re starting to develop a pretty good picture of what we’re in for with the device.

For starters, there’s what looks to be a pretty sizable top notch. That Google would embrace the notch this time around is no surprise, really. In additional to being all the rage on practically every non-Samsung flagship, Google made a big deal of making Android Pie notch-friendly.

It seems to follow, then, that the company would embrace the polarizing design decision. That said, even by today’s notch-embracing standards, this is a big one. If anything, it seems that notches are actually getting bigger since Essential helped kickstart the trend by adding one to its first phone.

Speaking of embracing trends, Google dropped the headphone jack for the Pixel 2, after mocking Apple’s decision to do so a year prior. From the looks of it, the company is helping ease the transition with a pair of USB-C headphones, forgoing the necessity for a dongle (there does, however, still appear to be one in the box). Of course, you’ll still have to figure out a way to listen to music while charging the phone.

The design language is very similar to the company’s Pixel Buds, complete with loops for keeping them in place. It’s probably going too far to call them wired Pixel Buds, with all of the functionality that entails (translation and the like), but the company does appear to be taking some cues from the lukewarmly received wireless earbuds.

The Google Pixel XL, meanwhile, appears to be going really large this time out. The new 6.4-inch Note 9’s got nothing on what’s reported to be a 6.7-inch display. We’re getting to the point where these things are basically tablets with calling capabilities. Of course, Samsung’s got the benefit of years of product design that have made it possible to sneak a large display into a relatively small footprint. Without actually holding the new device, it’s hard to say how unwieldy it really is.

Other bits and bobs include a Snapdragon 845, which is basically a prerequisite for any flagship smartphone to be taken seriously. The XL is also rumored to have a 3,430 mAh battery — actually a downgrade over last year’s model, in spite of yet another massive bump in screen size.

Previous DeepMind AI matches health experts at spotting eye diseases
Next Dead Cells: How to Find All The Gardener's Keys