Breaking News
Home / iPad / Used an iPhone and social media pre-2013? You may be due a tiny payout

Used an iPhone and social media pre-2013? You may be due a tiny payout


Eight social-media firms, including Twitter and Instagram, have agreed to pay $5.3m to settle a lawsuit over their use of Apple’s Find Friends feature in iOS.

The main problem that complainants had with the accused firms was that their apps, which used Apple’s Find Friends, didn’t tell users that their contact lists would be uploaded to company servers.

The lawsuit alleged the privacy incursions occurred between 2009 and 2012, the year the class action suit began.

Instagram, Foursquare, Kik, Gowalla, Foodspotting, Yelp, Twitter, and Path have agreed to pay in to the settlement fund, which will be distributed to affected users via Amazon.com, according to Venture Beat.

Yelp had previously argued it was necessary to store user contact lists to enable the Find Friends feature, which consumers understood would occur in the context of using a mobile app.

However, US District Judge Jon Tigar countered that the key question was whether Apple and app developers “violated community norms of privacy” by exceeding what people reasonably believe they consented to.

“A ‘reasonable’ expectation of privacy is an objective entitlement founded on broadly based and widely accepted community norms,” said Tigar.

If the judge approves the settlement, Apple and LinkedIn would be the only remaining defendants among 18 firms originally accused of the privacy violation.

Given the millions of people who downloaded these apps, it’s likely the settlement will result in a very small payment for each individual. However, people who took part in the class action suit could receive up to $15,000 each.

Previous The Xbox One Scorpio is a six-teraflop gaming beast
Next ​Microsoft to iPhone users: Free iMessage app 'Who's in' will help you plan events 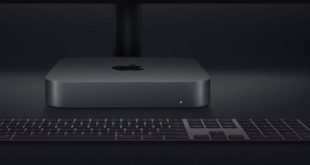 Zoom to iPhone users: We're no longer sending your data to Facebook

The iOS version of popular remote-working video app Zoom has been updated to remove the ...