Try not to puke while playing 'Wipeout' in VR next year


Wipeout isn’t the only PlayStation 4 game getting a new VR mode soon. A free VR demo for The Last Guardian is due out on December 12th, allowing players to get up close and personal with Trico.

Also announced at PlayStation Experience, Firewall Zero Hour is a team-based, multiplayer shooter heading exclusively to PSVR in 2018. It comes from First Contact Entertainment, a VR studio headed up by the former creative director of Microsoft’s gaming division and Adr1ft creator Adam Orth. There are two factions in Firewall Zero Hour: attackers and defenders. Attackers attempt to bypass Firewall access points, locate a laptop and initiate a hack, while defenders are tasked with trying to stop the intrusion and protect the points.

Firewall Zero Hour allows players to use a standard Dualshock 4 gamepad or the PSVR Aim Controller (that’s the one that looks like a gun). 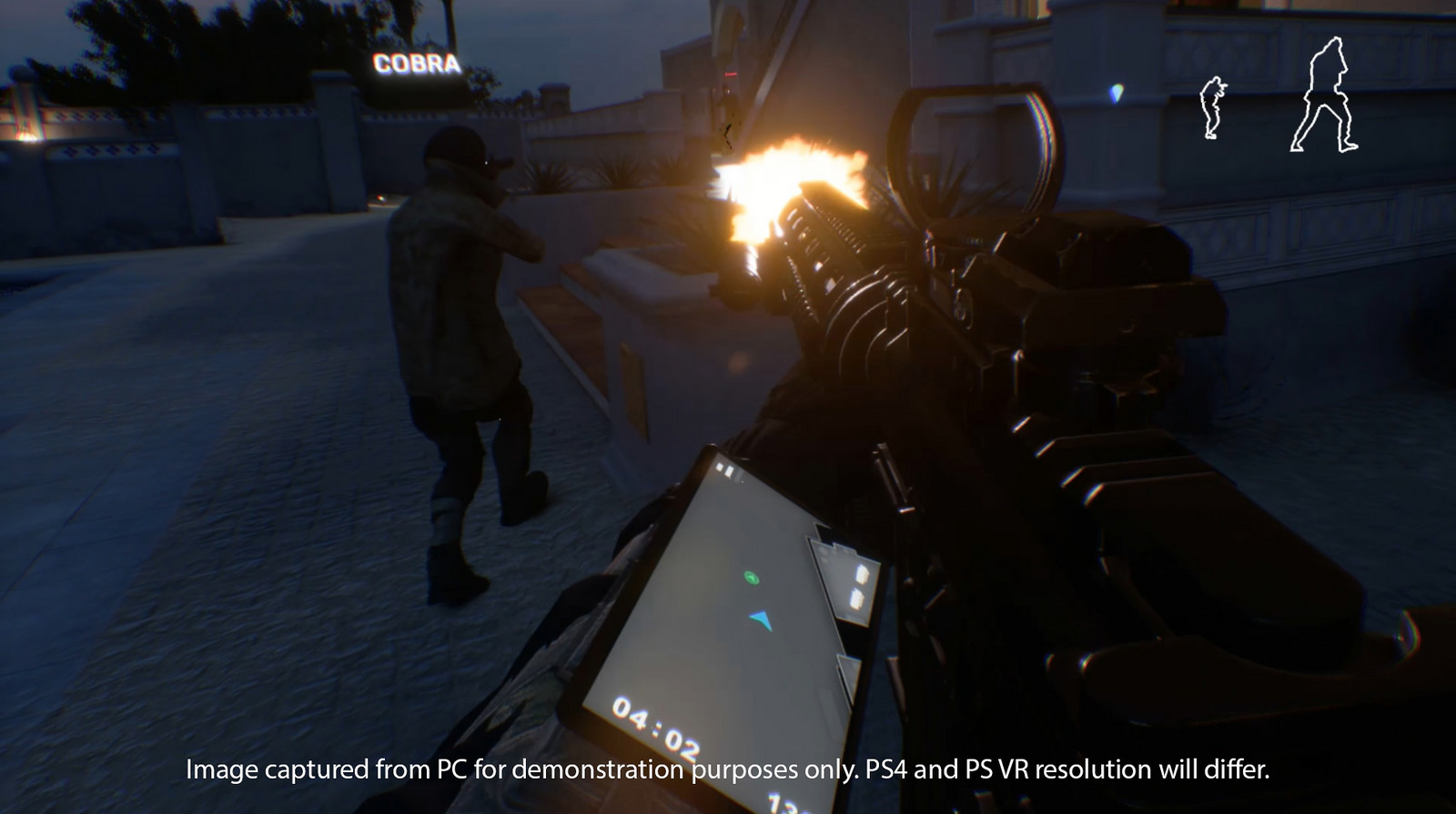 “We want you to immediately notice a heavy emphasis on organized, tactical firefights, team communication, and realistic pacing,” Orth writes on the PlayStation Blog. He continues, “The most exciting aspect of Firewall Zero Hour is that all of this takes place in VR, allowing you alone, or with your friends through PlayStation Plus (required for multiplayer), to be transported and immersed into the action in a way that’s never been possible before until now, through the magic and presence of VR.”