Tingles is an app devoted to ASMR videos 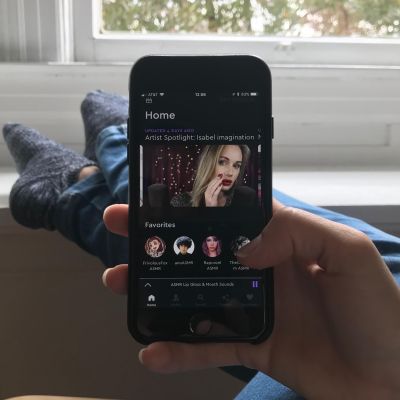 The Tingles team has not done much in the way of promotion, but the app has already built a fairly sizable following in its community. That’s one of the nice things about a targeted product — it spreads fast.

In the year since Slovenian co-founders Gasper Kolenc and Miha Mlakar launched, the service has focused almost exclusively on ASMR — autonomous sensory meridian response — those whispered, pleasant-sounding videos that give listeners a sense of low-level euphoria. The service is about to get a big push, with help from Y Combinator.

“We were just trying to figure the best way to build it for artists and the community,” Mlakar, who also serves as the company’s CPO, tells TechCrunch. “We established all of these relationships. All of the features came from the community. We needed time to work on the product.”

In spite of a lack of promotion, the company says it’s pulled in 60,000 monthly active users, bout a third of whom use the product every day. The site’s content is created by more than 200 “artists” (a term taken from the ASMR community’s almost-too-clever “ASMRtist”), many of whom were poached from YouTube.

Google’s video service has, of course, been ground zero for the rise of the ASMR online phenomenon. And while Mlakar admits that it’s proven a valuable resource for the community (it was where he first learned of the concept), the co-founder believes there were still issues unserved by YouTube’s catch-all approach to online video.

“I think YouTube is great for discovery,” says Mlakar. “I discovered ASMR on there. But when you become a regular user, it becomes a problem. The main thing is the ads. If you’re listening to ASMR to fall asleep and you’re just about to doze off, then a loud commercial wakes you up, it’s really unpleasant.”

For Tingles, ASMR is just the beginning. Mlakar describes the Android/iOS app as “basically the best place to find any video content that helps you relax and fall asleep,” and future plans include a larger push into other relaxation categories, like meditation/mindfulness.

Previous Standalone Oculus Go headset could debut at Facebook's F8 event
Next ​What's the best cloud storage for you?