Blockchain distributed ledgers work by linking together a chain of electronic records, each inextricably tied to the one before it; each new set of entries or “blocks” is completed and time-stamped with a hashtag only after passing through a consensus process.

The two most popular mechanisms or protocols for authenticating new entries on a blockchain and governing changes to the networks are Proof of Work (PoW) and Proof of Stake (PoS).

As the name suggests, PoS consensus models enable those with the most digital coins (the greatest stake) to govern a cryptocurrency or business blockchain ledger. To date, however, the most popular blockchain-based cryptocurrencies – Bitcoin, Ethereum (Ether) and Litecoin – have used PoW as their consensus mechanism.

But that may soon change.

The Proof of Work protocol

Here’s why. PoW algorithms force computers to expend CPU power to solve complex cryptographic-based equations before they’re authorized to add data to a blockchain-based cryptocurrency; those computer nodes that complete the equations the fastest are rewarded with digital coins, such as bitcoin. The process of earning cryptocurrency through PoW is known as “mining,” as in mining bitcoin.

PoW protocols can also be extremely slow due to the lengthy process involved in solving the mathematical puzzles; so approving a new entry on a business distributed ledger or cryptocurrency network, such as bitcoin, can take 10 or more minutes.

Imagine waiting 10 minutes for a financial transaction to clear on a network.

The Proof of Stake protocol

In contrast, PoS algorithms can complete new blockchain entries in seconds or less.

“Proof of Stake algorithms definitely have the potential to overtake Proof of Work,” said Vipul Goyal, an associate professor in the Computer Science Department at Carnegie Mellon University (CMU). “However, there are still some significant research challenges that need to be overcome before that happens.”

For example, last year Ethereum introduced a PoS mechanism on a testnet called “Casper” (as in Casper the friendly ghost). The PoS consensus protocol creates “bonded validators,” or users who must place a security deposit down before being allowed to serve as part of the blockchain consensus or voting community. As long as bonded validators act honestly on the blockchain, they can remain in the consensus community; if they attempt to cheat the system, they lose their stake (their money). Ethereum’s Casper PoS system would enable a consensus mechanism to process new transactions in about four seconds.

While PoW algorithms are relatively simple to employ, PoS protocols face a number of subtle challenges, the most difficult of which is what is known as “posterior corruptions,” according to Goyal. Those corruptions could undermine the authenticity of a blockchain.

Suppose a set of a parties on a blockchain held the majority stake, and then sold that stake. In a PoS system, those entities could still hold the cryptographic keys that gave them governing power in the past and use that authority to create a new blockchain off the current one (known as a fork). In effect, they would still have their money stake as if it had never been sold, Goyal said.

“This problem only arises in Proof of Stake and seems very hard to deal with. Because of such issues, Ethereum has repeatedly delayed switching to Proof of Stake until they can find a satisfactory solution,” Goyal said.

Another criticism of PoS is that the quantity of a miner’s stake means that it is possible to concentrate power in a small number of nodes, increasing the chances of tampering, according to a research paper pulbished by the law firm of Reed Smith LLP.

How blockchains are governed

Martha Bennett, a principal analyst at Forrester Research, said getting an agreement on an appropriate governance model is one of the biggest challenges for any enterprise blockchain initiative. “And I know of projects that have been halted or never took off due to failure to agree on one,” she said.

Jake Yocom-Piatt, creator of the digital currency network Decred, believes the best governance model is one that employs both PoW and PoS mechanisms.

Decred uses a random “ticketing” system that allows users who’ve cryptographically attested to having digital coins on the network to opt in as part of the consensus community.

“Instead of using a conventional proof of stake…, where every once in a while you may be called to participate, the opt-in system allows you to proactively volunteer to participate in the system,” Yocom-Piatt said.

Like a conventional lottery or any chance-related game, there’s a random process that chooses five ticket holders from a pool of thousands who can vote on a prior block’s proof of work, i.e., whether that it’s authentic or malicious.

“The voting requires there’s a [computer] online to vote,” Yocom-Piatt said. “If you cast a vote, you receive a reward [digital tokens] for it.”

Decred’s system give deference to its PoS voters in that they approve or disapprove a PoW entry on the blockchain.

“If you’re a Proof of Work miner and you’re playing games and causing problems on our network, the stakeholders on the network can penalize them and strip them of their rewards,” Yocom-Piatt said. “You can also vote on consensus rule changes.

“This acts as a dispute-resolution and decision-making mechanism for major decisions in the cryptocurrency,” Yocom-Piatt said, referring to new software releases and other blockchain changes.

How PoW and PoS differ

A blockchain distributed ledger built atop a PoW system requires a lot of processing power to complete a random but relatively difficult mathematical equation in order to prove that the node is legitimate. It’s similar to a human filling in characters on a CAPTCHA test.

That expenditure of time and power ensures it’s costlier to game a blockchain network than it would be worth.

In contrast, proof of stake protocols – as the name implies – allows those with the most digital currency, or coins, to authenticate new blocks of data. The voting is done with the coins that you hold, rather than the computing power you possess.

PoW and PoS are also governance models for blockchain networks. There must be a community consensus or agreement among the majority of nodes before any change is made on a blockchain. So, for example, before a software update can be applied to the blockchain, a majority of nodes must approve it; this is known as a consensus mechanism or algorithm.

“This is very similar to shareholders voting in corporations: the more shares you have, the more your vote matters,” Goyal said. “If someone acquires the majority of the stake in the system, they can essentially dictate what happens from that point onwards.”

Public or open blockchains, however, would lose value if one node or even a small group of nodes were to take over the governance; thus, it behooves cryptocurrency blockchains to ensure control is distributed fairly.

Bitcoin, Litecoin, Ethereum and other public blockchain networks also rely on an “informal” form of governance led by a core group of software developers. “This creates significant challenges around how governance will scale as those platforms evolve,” Bennett said.

In contrast, Hyperledger, an open-source blockchain platform created under the Linux Foundation for businesses to exchange data on a disributed ledger, means decisions such as what features to add, how to add them and when, are made by a group of community-elected developers drawn from a pool of active participants.

Governance models allow blockchains to temporarily or permanently split or “fork,” creating a new branch of blocks. A hard fork is a permanent divergence from a previous blockchain; a soft fork is a temporary change that is also backward compatible. Think of a railroad train changing tracks through a switch;in a blockchain,  the switch would be governed by the majority with power over the railroad service.

Different blockchains, and their cryptocurrencies, can use different PoW or PoS protocols: bitcoin, for example, uses the Hashcash PoW algorithm, while Litecoin uses scrypt.

There are several smaller PoS-based cryptocurrencies, such as peercoin, but none of them are at a scale comparable to Bitcoin or Etherum, according to Goyal.

Cryptocurrencies are public blockchains in that anyone can participate in them; there is no central authority or administrator. Those using the networks determine its governance by voting their approval of new blocks or changes to the software.

Blockchains can also be private or “permissioned,” centrally administered and only authorized for use among a set of pre-vetted users. Businesses that use blockchains for sharing data internally or among pre-vetted business partners are permissioned distributed ledgers.

There are other consensus algorithms, some more promising than others. For example, Proof of Space proportions voting power based on how much data storage space a node has. “I know there are a few systems under development which look pretty promising,” Goyal said.

There is also PoET (proof of elapsed time), and a whole raft of other “proofs-of” algorithms, most of which are unproven at this point, according to Bennett.

Others include Tendermint and Algorand and consensus models that include different Byzantine fault tolerant algorithms, as well as protocols such as Round Robein and Gossip protocols.

“Many…of these aren’t new, just used in new ways,” Bennett said. “All consensus algorithms have trade-offs; these are typically around scalability and confidentiality.”

While PoW and PoS have their merits, changing from one to the other would obvisouly be considered a hard fork to any current blockchain, and one that could have considerable consequences for those already invested. But, the ability to increase scalability, speed and efficiency may eventually require the industry to seriously consider that change of direction. 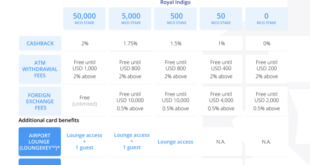 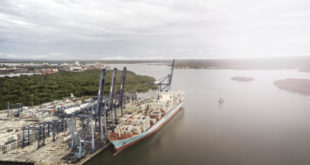 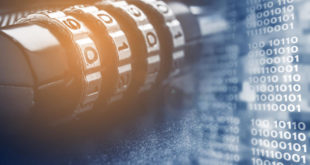 The creator of the open-source blockchain platform Ethereum is exploring ways to fix an innate ...