It’s going to be a busy week.
What to expect from Facebook’s annual developer conference 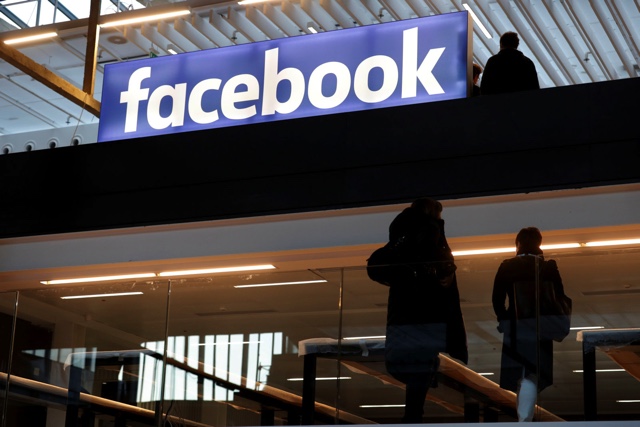 2017 marks the 10th anniversary of F8, and you know that CEO Mark Zuckerberg will want to show off just how far Facebook has come in the past ten years. Covering more Messenger, those Live woes and maybe even a bunch of hardware, here’s a look at what we’ll hopefully see in the days ahead. 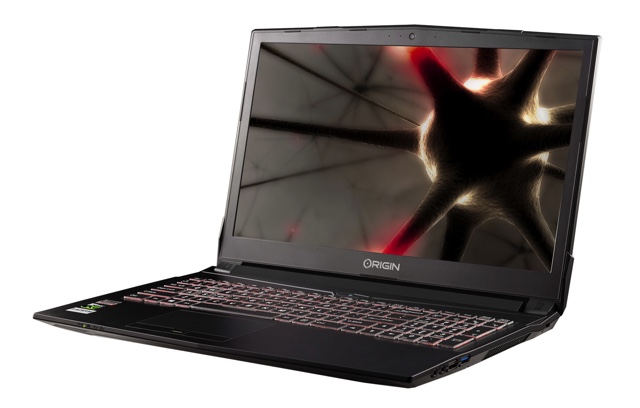 Origin’s EON15-S laptop has always straddled the line between gaming performance and portability, and this year’s model does that again, but for a bit less cash. For 2017, the PC maker has added NVIDIA’s newish 4GB 1050 Ti graphics card, a model that gives it a (very) mild speed bump over last year’s 980M-based EON15-S. That’s squeezed into a 1-inch, 5-pound case, and costs $999 for the cheapest configuration. However, there’s no high-res screen option this time around — you’re stuck with a 15.6-inch 1,920 x 1,080 IPS panel.

That’s a big number.Netflix explains why it keeps paying Adam Sandler for movies 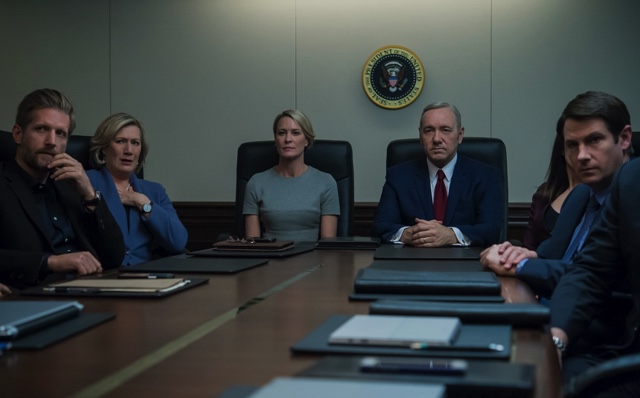 Yesterday Netflix revealed its quarterly earnings, and said it is close to having 100 million streaming customers. But the most surprising statistic had to be news that subscribers have streamed half a billion hours of Adam Sandler movies since the debut of The Original 6.

It’s only twice the price of a Model 3
Tesla cuts the price on its entry-level Model S by $5,000 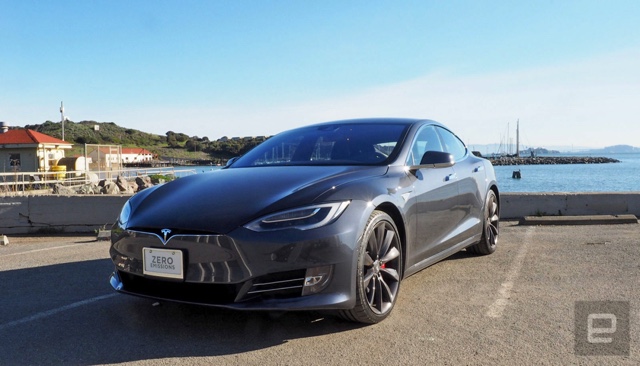 Recently, Tesla dropped the cheapest version of its Model S and now it’s followed up by lowering the price of the current entry-level edition. The 75 and 75D are still $1,500 more than the 60/60D was, even after a $5k price cut, but they offer more range and now come standard with features like a glass roof and automatic rear power liftgate.

It’s time to get dirty
Marriott, Hilton and Hyatt take the fight to Airbnb via lobbyists 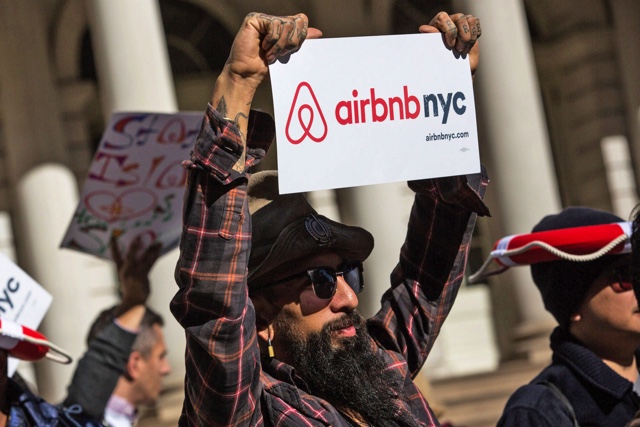 Inevitably, hotels were going to fight back against “home sharing” apps, and a New York Times report says that time is now. Via lobbyist organizations, the hotel industry is apparently fighting on the “local, state and federal level” to rein in Airbnb and the rest with additional regulation and scrutiny (Of course, some would argue that scrutiny might be necessary).

Distill water, hop oil, or whiskey… if your local laws allow it.
Picobrew’s next goal: A safe and affordable DIY distillery 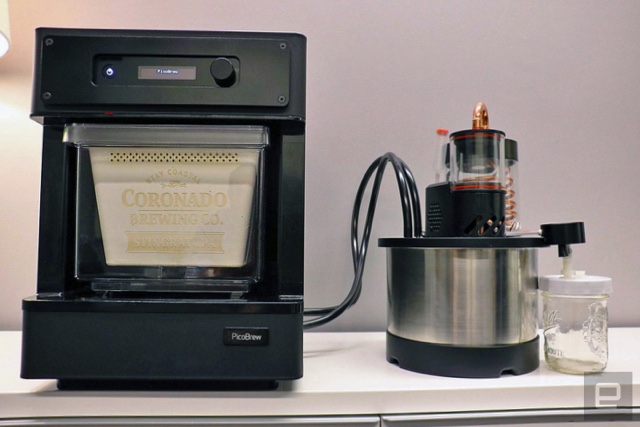 Picobrew has a new, cheaper countertop beer brewing system. That you already knew. But the company is now dipping its toes into distilling. The Picostill is an add on for the Pico Model C that turns that weird custom designed keg into a countertop distillery. Specifically it’s a reflux still that uses vacuum distillation, which doesn’t look as cool as a pot or column still, but makes far more efficient use of the space.

Finally, a way to revisit Microsoft BASIC 2.0.
Go back to 1984 with Internet Archive’s Macintosh collection 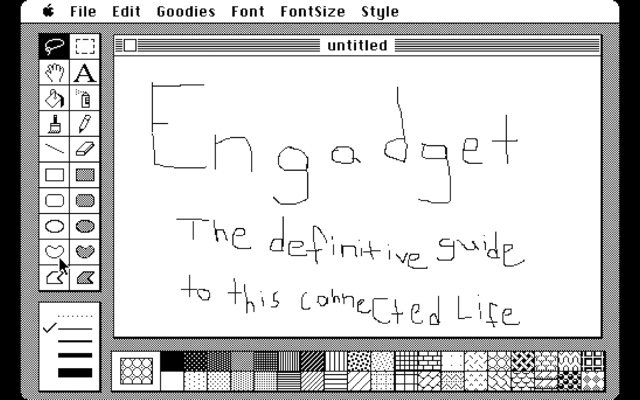 Not content to sit on the sidelines, the Internet Archive recently resurrected something, too. This time, it’s a swath of apps, games and software from the original Macintosh circa 1984. That means stuff like Lode Runner, MacOS System 7.0.1, Microsoft BASIC 2.0 and Space Invaders are on offer in their pixelated, black-and-white glory. Just like the old days. 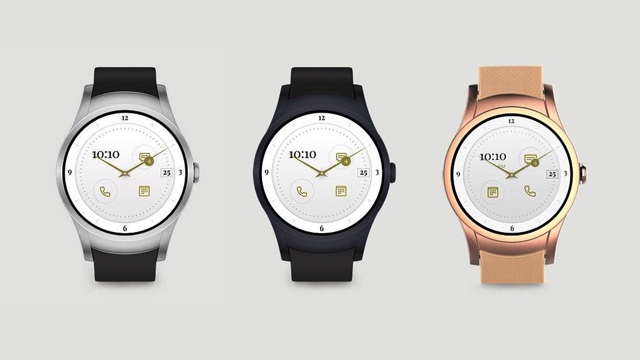 Verizon’s Android Wear 2.0 smartwatch broke from cover back in February with an scheduled launch for March. Well, that didn’t happen. Today, the wireless carrier announced that its Wear24 device would go on sale both in stores and online May 11th. If you’ll recall, the wearable is priced at $300 with a 2-year activation plus $5 month to tack one on to your data plan.

Previous Android Wear vs. Apple Watch: Which one will “wow” your wrist?
Next Guardians Of The Galaxy: Episode 1 Review – A Little Too Familiar