Breaking News
Home / Gadgets / The Morning After: A different 'House of Cards'

The Morning After: A different 'House of Cards' 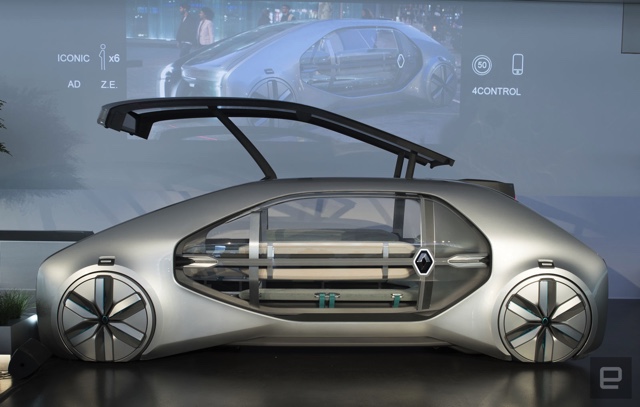 The Geneva Motor Show starts today and kicks off with a mass of crazy concepts and high-end vehicles not meant for the suburbs or the cities. At least, not this decade. Renault’s driverless concept electric car, the EZ-GO, is a Level 4 autonomous urban EV with a top speed of just 30MPH. Six passengers enter through the massive front door and can see everything (and be seen) thanks to huge swathes of glass on the sides and roof. We took an early tour.

The EV racer will debut as a Gen 2 car for the 2018-19 season.
Nissan’s debut Formula E design is inspired by the Doppler effect 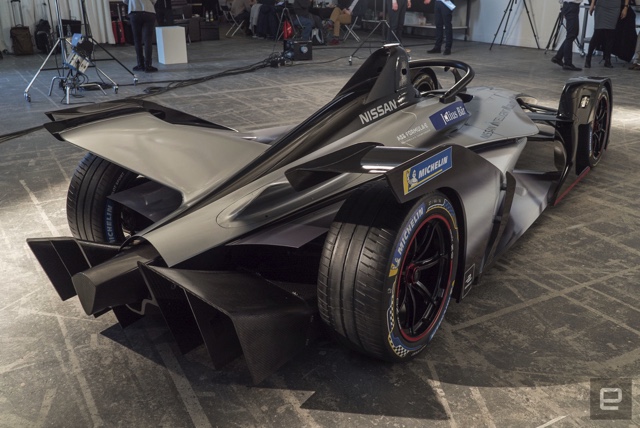 It’s hard to believe that Nissan, which sold more EVs last year than Tesla and every other automaker, has yet to race in Formula E. However, Nissan announced late last year it would become the first Japanese automaker to join the electric-racing circuit for the 2018-19 season. Now, at the Geneva Motor Show, it has unveiled its season five Formula E car with a striking ‘Doppler-effect’ color scheme and all-new powertrain package.

Wait, what?
MoviePass CEO: We watch how you drive from home to the movies

During a discussion last week, MoviePass CEO, Mitch Lowe, explained a few ways his company could actually make money from its service. Interestingly, that included the tidbit that his service can monetize knowing how its customers drive between home and the movies and where they go. The app’s privacy policy doesn’t mention tracking users before or after a showing, and so far the company hasn’t refuted his claim, saying “We are exploring utilizing location-based marketing as a way to help enhance the overall experience by creating more opportunities for our subscribers to enjoy all the various elements of a good movie night.”

Down with Default.
The settings you should change immediately after buying a new TV 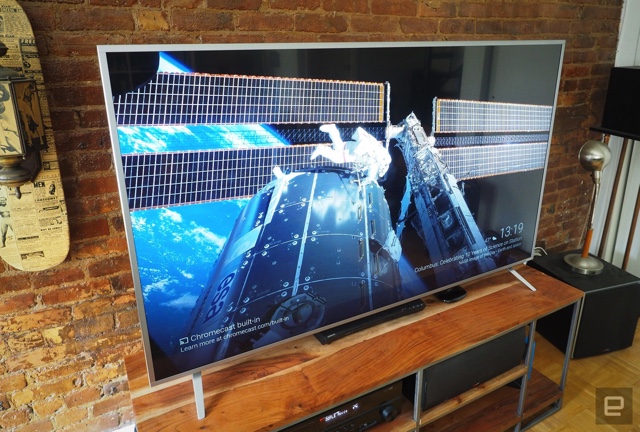 Snagged a brand new 4K TV with HDR? Here are some tips on how to make sure your picture is looking its best.

Cut out the middleman and give your money to Prime.
Amazon might introduce its own branded checking accounts

According to The Wall Street Journal, the online retail giant is in talks with JPMorgan to build a product similar to a checking account for Amazon’s customer base.

Check your email.
Spotify cracks down on free users that steal Premium service

Until now, Spotify hasn’t put much effort into policing the actions of those pirating its service. These users sign up for a free accounts, then download a modified Spotify installation file, which allows them access to the premium service without having to pay for it. But over the past few days, Spotify has sent emails to unpaid accounts taking advantage of the modified software. 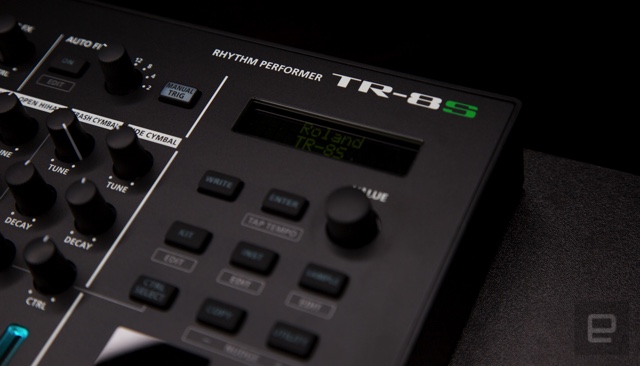 Roland drum machines were once the epicenter of hip hop, house, techno, acid house and other music genres. The 808, 909, 707, and 606 helped create the beats of some of your favorite songs. But if you wanted to pick up any of these vintage drum machines today, you’d probably end up dropping thousands of dollars. Fortunately, Roland just made getting all those vintage drum sounds a lot easier and cheaper with its new TR-8S drum machine.