Lawn mowers come in a wide variety of flavors with a wide variety of features. Husqvarna alone has 13 different gas-powered walk-behind mowers listed at its site. Toro has a whopping 24. Many features are specific to certain lawn and terrain conditions. To cover their bases, most manufacturers offer mowers with different feature combinations to make sure that they’re going to have a model that will work for your particular lawn. To help us wade through the seemingly endless features and models of mowers available, we started with Roy Berendsohn, the resident lawn mower guru at Popular Mechanics.

After 60 hours spent researching and interviewing experts, we concluded that that ideal mower for most lawns smaller than half an acre is a self-propelled model with rear-wheel drive coupled with variable speed control. It should also have three options for disposing of clippings: side discharge, bag, and mulch. Other nice features to have are a blade-brake clutch, which allows you to stop the blade but keep the mower running, and a washout port so you can easily clean the underside of the cutting dome with your garden hose.

For anyone with a small-enough lawn for a walk-behind mower, self-propelled designs are very easy to handle because the drive wheels move the machine forward, so all you have to do is steer—not push.

All of the landscapers and service/retail people we spoke with said that they recommend rear-wheel drive (RWD) over front-wheel drive (FWD), mostly due to the superior traction. FWD is cheaper, but ultimately, we think RWD offers enough benefits to justify its price premium.

For more on features like brake clutches and washout ports, and on the differences between engines in mowers, see our full guide.

According to our research, interviews, and testing, the mower to get for most lawns under half an acre is the Honda HRX217K5VKA. (If you have a lawn larger than half an acre, consider getting a riding mower.) Costing $600 at the time of writing, no doubt it’s on the expensive side, but all indications say that it is worth the cost both in performance and long-term durability. The Honda is up near the top spot at Consumer Reports and is also well-liked by Berendsohn, who called it “the luxury car of walk-behind mowers.” The Honda has rear-wheel drive, a powerful 190cc engine, and a two-blade cutting system, so it offers great traction and can tackle tall, thick grass with no problems. Though most high-end mowers can bag, side discharge, and mulch, the Honda can also shred leaves to the point that it can replace raking entirely. And it comes with a nearly indestructible (and fully warrantied) composite mowing dome.

All of these features are enough to set a mower apart from the pack, but what really launches the Honda into new territory is the unique Versamow system. Versamow, simply put, lets you control how much grass is being bagged and how much is being mulched. It does this via a 10-position toggle that adjusts the opening between the mowing dome and the bag opening. On other mulching mowers, the dome is either completely open or completely closed off, so 100 percent of the grass gets bagged or mulched. But with Versamow, you can, for example, set one-third to be bagged and two-thirds to be mulched, which really helps you respond to your yard’s conditions to make mowing easier. 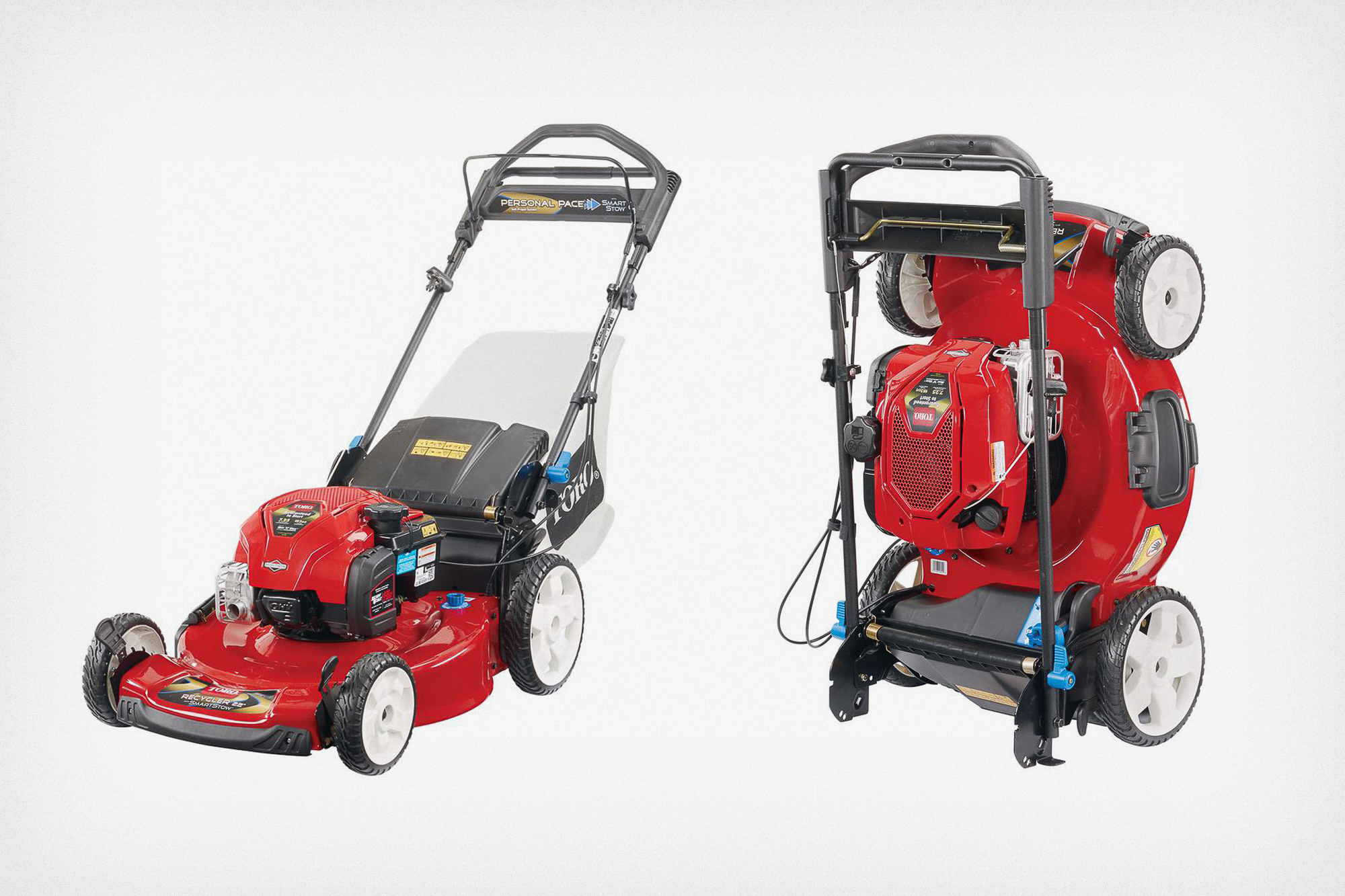 If the Honda is too expensive or you’re extremely tight on storage space, we also like the Toro Recycler 20340, which has the unique ability to be folded up and stored in an upright position. According to Toro, this reduces the storage footprint up to 70 percent over a traditional mower. Consumer Reports rates the 20340 favorably, placing it in the ninth spot, but it doesn’t have the finesse or long-term reputation of the Honda (nor the Versamow feature).

A lightweight mower under $300 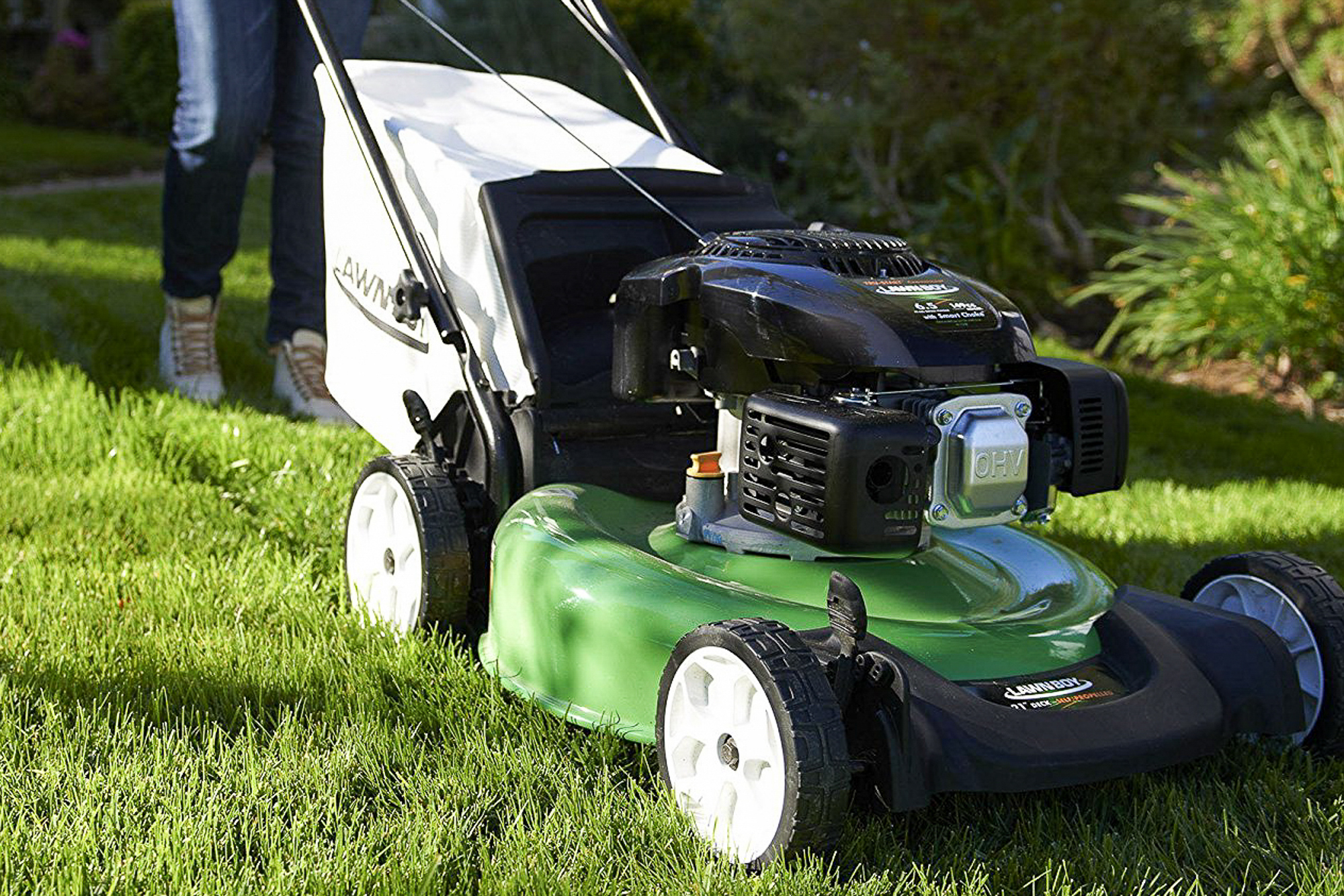 If you’re on a tight budget and are looking for a decent RWD, self-propelled, variable-speed mower for less than $300, we suggest the Lawn-Boy 17732 (our former pick in this category, Lawn-Boy model 10732, is the previous version of the same mower). In his RWD piece, Berendsohn gives it his “best buy” designation, calling it “a delightfully simple, light, basic mower.” He added that he was “pleasantly surprised by how fast and effective it is despite its small Kohler engine.”

Unlike the Honda and the Toro, it doesn’t have any sort of innovative drive-control mechanism. Instead, it comes with the basic standard metal bar that you pull against the handle. Though it is not a fancy system, it doesn’t have a learning curve, and it could probably even be comfortable in its familiarity. 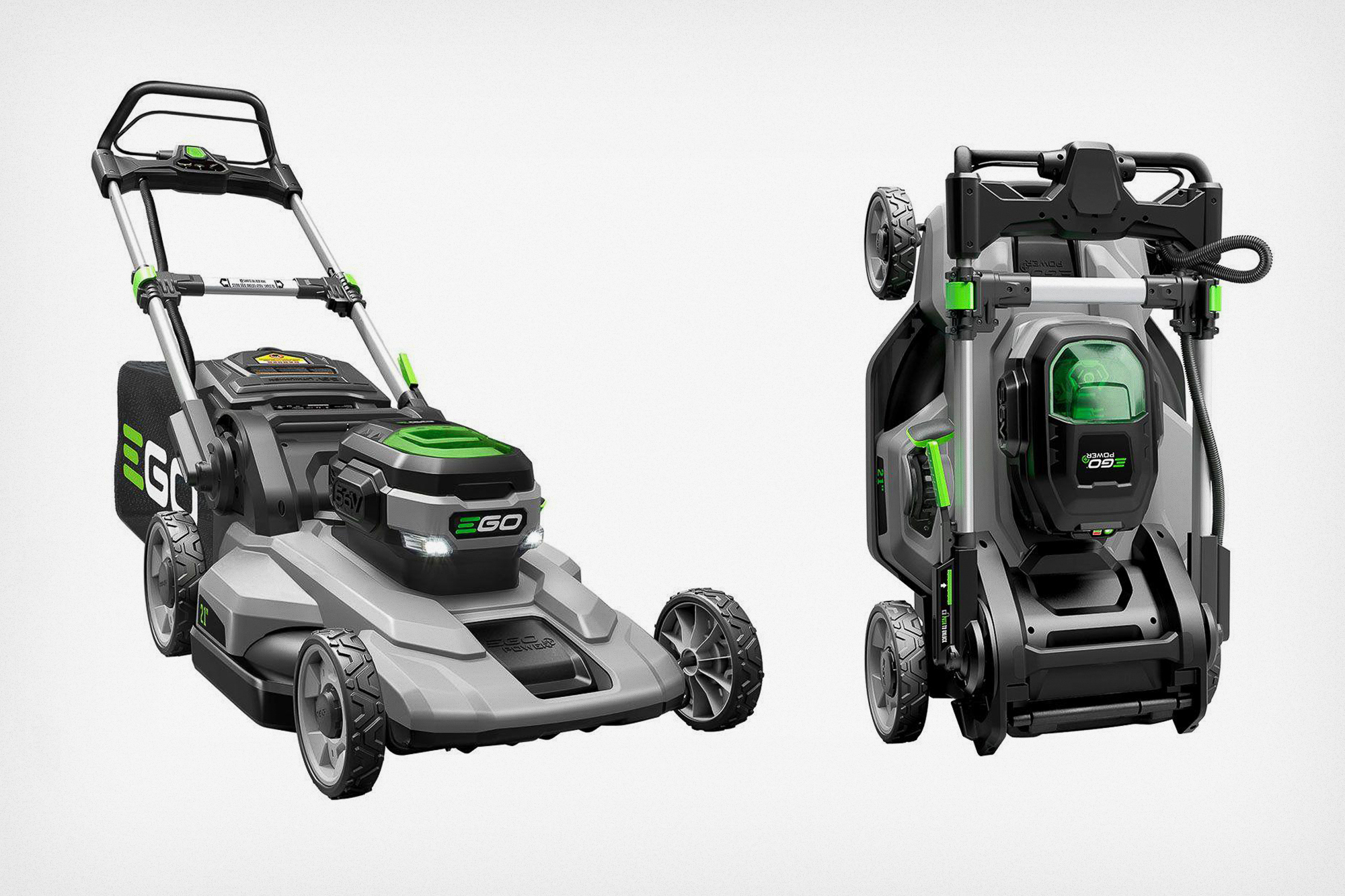 If your mowing usually takes less than 45 minutes and you want to bypass the hassles involved with owning a combustion engine, we recommend the Ego LM2101 56-Volt Cordless Lawn Mower. The LM2101 is an expensive machine, only $100 less than the recommended Honda, but the feedback on it is overwhelmingly positive.