The new story mode follows the adventures of bush pilot Will Mackenzie and Dr. Astrid Greenwood, who are separated in the Northern Canadian woods after their plane crashes in a mysterious electrical storm. Over the first two chapters, which the studio expects to take around 6-10 hours to complete, the player must first survive long enough to find shelter after the crash and subsequently set off in search of Astrid while beginning to understand the nature of the electrical phenomenon. The three remaining episodes will be released throughout the rest of this year and the first bit of 2018. The company also plans to continue updating its original sandbox mode for the foreseeable future. 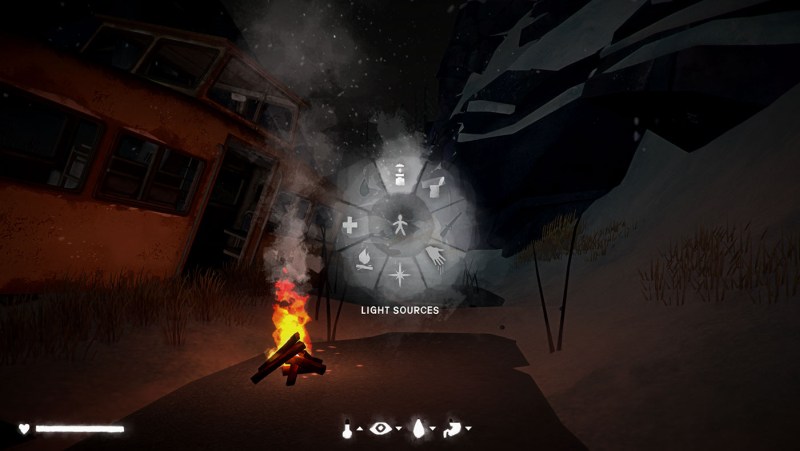 Before that happens though, the studio plans to release a major update to the existing system called the “Faithful Cartographer”. Current players will see an overhauled (and far more stable) save system and an external map feature that the player must fill in with campfire ash as they explore new areas. Gameplay improvements include the ability to hunt rabbits by throwing stones at them, to ward off predators by throwing torches and flares, and to quarter animal carcasses after hunting them. These come in addition to a slew of new artwork, a brand new UI and a host of bug/stability fixes.

As for pricing, if you’ve already bought the game on Steam or Xbox One for the original $20 price, you’re in luck. Come August 1st, you’ll retain full access to the game, its new features and all five chapters of Wintermute for no additional charge. If you’re buying it for the PS4 or haven’t been part of the early access programs, the price is going to be $35 but you’ll still get all the same stuff.