Of course, it isn’t a good party without something to drink. It’s always been annoying to get up for a cold one, and worse during a live event — I for one, missed the end of this year’s Super Bowl, walking back into the room with drinks like Troy with the pizzas in that episode of Community.

The SOBRO alleviates that problem by dedicating two-thirds of the under space to a refrigerator drawer, which chills drinks to as low as 34 degrees — not quite freezing, but cold enough for sodas and beers to be plenty refreshing. The drawer holds about 30 bottles or cans so it’s pretty spacious — Storebound gave me a diverse choice of soda, beer, energy drinks and bottled water, and under normal circumstances you shouldn’t have to worry about refilling it constantly. However, it won’t replace a traditional fridge: there’s no freezer and no compartments for separating out types of groceries. 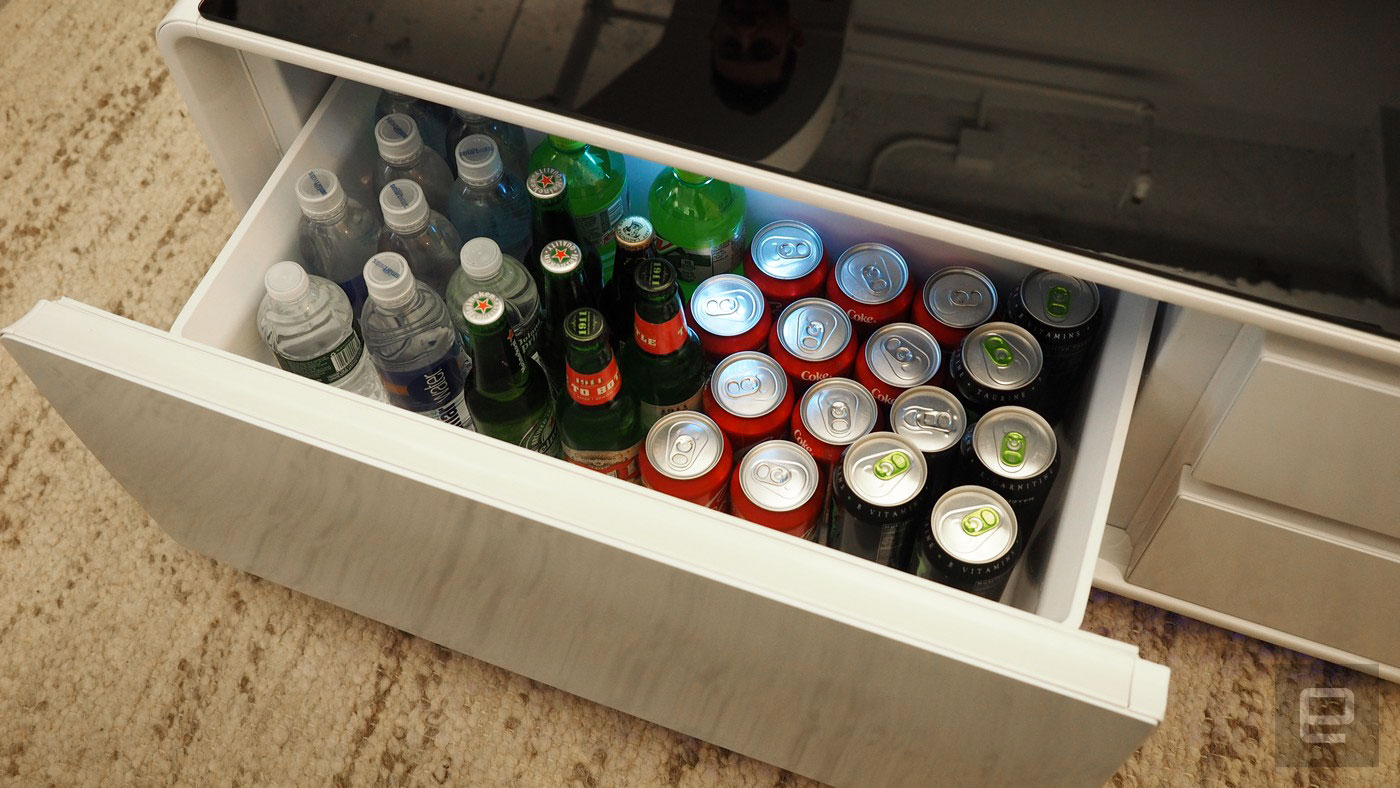 Still, it’ll be nice to be able to just reach over for a new drink the next time you’re playing a particularly competitive round of Overwatch. If you can open the drawer quickly and easily, that is — the prototype’s fridge was a bit tricky to slide out if you pull anywhere other than the exact middle, and didn’t give me full access to everything in the compartment. StoreBound assures me that the final version will feel a bit sturdier with full access to its contents. The temperature of the fridge can be controlled from your phone via a Bluetooth connection, but you probably won’t use that often — do you really care if your Coke is chilled at 43 degrees instead of 42? It just has to be cold. 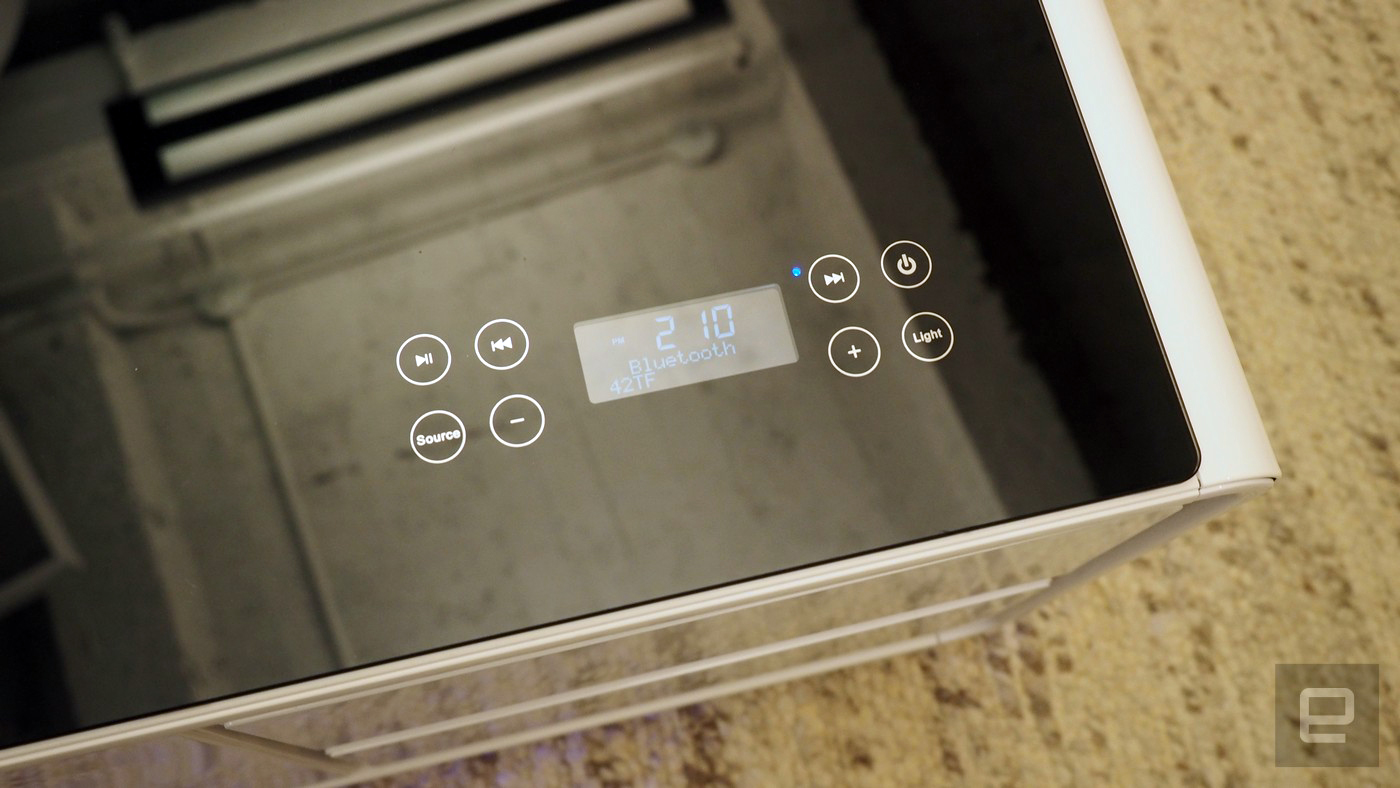 You’ll probably end up using the speaker controls a lot more, as you can stream music from your phone with all the usual commands like volume and track select. If you don’t have your device handy, or a guest wants to get involved with the action, there are also controls built into the corner of the tempered glass surface. The single-line LED display limits your options a bit, but it’s got the basics of volume and track skip covered. The buttons can be deactivated for when you’re not using them, so an errant beer can won’t accidentally pump up the volume to max.

A Bluetooth dongle will even connect the table to your television, which might make your next home cinema experience a bit more immersive by bringing the audio closer to you. Just watch out for things like loud commercials, because it will play everything your TV emits whether you like it or not.

While the SOBRO seems like it would be ideal for your gaming room, it’s only for those willing to spend some serious money. The expected retail price of $1200 is a far cry from most of IKEA’s stock. But, it’s also higher on the quality scale — all ABS and steel with nary an ounce of particle board. And that quality can be yours for a hefty discount if you jump on the Indiegogo campaign now: Early birds can snag one for a relatively slim $649, with the table set to ship this September.