Super Smash Bros., though a fighting game, differentiates itself from other fighters, such as Street Fighter or Tekken. Instead of trying to decrease your opponents health to zero, the goal is to score kills by ring-outs. This makes the game more like a King-of-the-Hill style game, instead of going for straight damage.

Each character has a percentage under their name. As the percentage rises, when hit, the character will fly much farther. The goal is to rack up as much damage on an enemy, and then use your smash attack to send them flying off the stage. 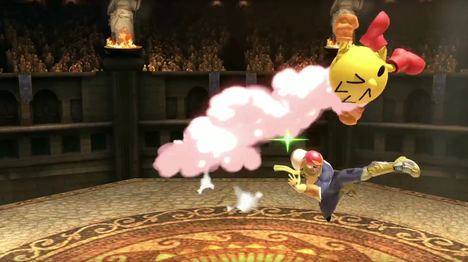 Timed matches have fighters duking it out for a predetermined amount of time. The winner of the game is the one who has the highest score when the time elapses. Your score is determined by the number of kills and deaths the player has, with kills giving +1 to the score, and deaths giving -1 to the score. If two or more players are tied when time runs out, a Sudden Death is initiated, with the last man standing as the victor.

Stock matches give each player a certain amount of lives, making it more of a “last man standing” type of mode. 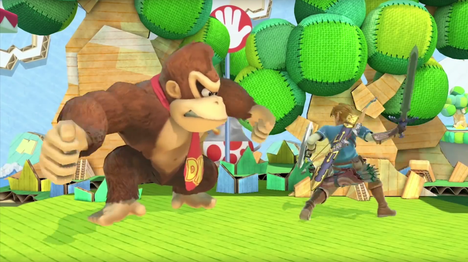 Different stages call for different tactics, but they all revolve around racking up damage and getting knocked away. If you are knocked away, you have a double jump and something called a Recovery move, a special move that gives you one last chance at getting back onto the stage.

Note that when starting Smash Bros, you’ll be able to choose from 8 default fighters, as well as being able to create Mii Fighters. To unlock more characters quickly, see our How to Unlock All Characters in Smash Bros. Ultimate!

The Controls of Smash Bros. are quite different from your everyday fighter. Whereas some games utilize motions such as quarter-circle movements or long strings of button inputs, Smash tends to be more simplistic.

There are two main attack buttons: the Attack button, and the Special button. To input a move, you press a button and a direction (or lack thereof) and a move will be performed. Each one corresponds to a different move, which makes things very user friendly, as all characters use the same control scheme. 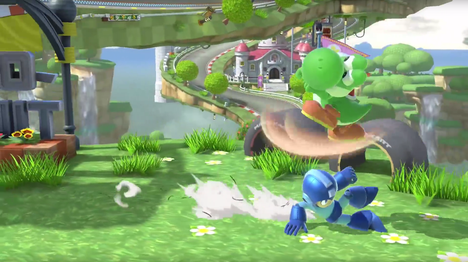 There is also a Guard button, which allows all characters to put up a shield around them that protects from attacks. By pressing Attack while defending, your character performs a grab. Grab attacks are useful, as while you can guard from other attacks, you cannot guard against a grab.

The controls can be changed at any time in the Options menu. By using the aforementioned attack controls with directional movements, you can perform an even greater variety of moves. Every character is unique, so be sure to visit the Characters and Roster page to find out more about their moves!

Previous 2019 Audi E-Tron first drive review: A worry-free, all-EV SUV – Roadshow
Next Apple Watch ECG app: How it works and what it means for the future of health