The upcoming Shadow of the Colossus PS4 remake from Bluepoint Games is getting a collector’s edition.

As detailed on PlayStation Blog, the Shadow of the Colossus Special Edition is priced at $49.99 USD. Along with the base game, the collector’s edition comes with a steelbook collector’s case with an outer sleeve, artist postcards, a printed manual, a physical world map, and Colossi stickers. 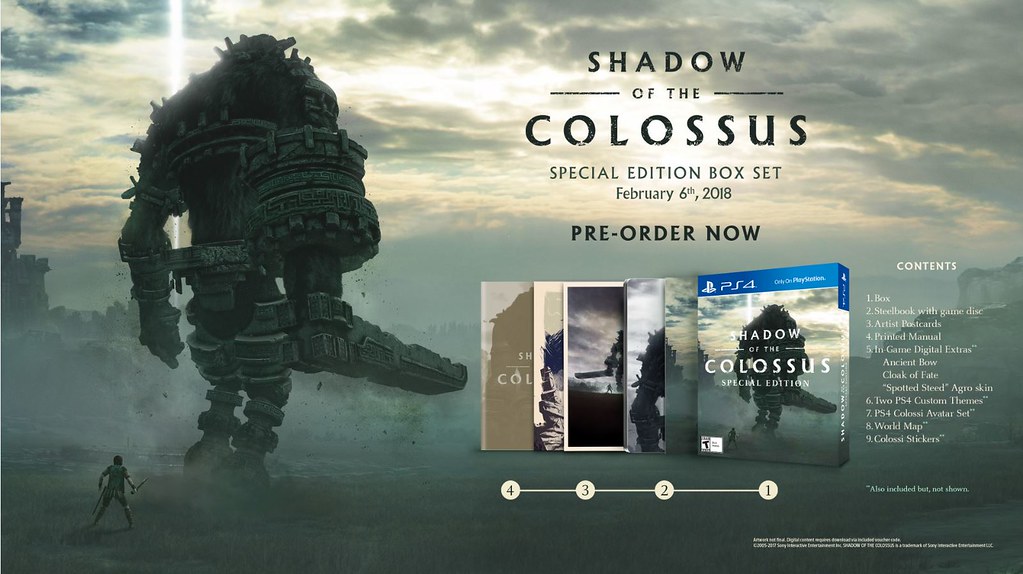 Shadow of the Colossus’ special edition

Sony has also revealed Shadow of the Colossus will be compatible with 4K HDR displays on PlayStation 4 Pro, supporting 4K resolution with 30 fps. The game will also feature 60 fps on PS4 Pro.

Previous The 5-year bootstrapped odyssey of Sno-Go, a snow bike for the everyday ski mountain visitor
Next These gloriously geeky earrings pull double duty as a two-factor security key