Miniaturized versions of classic consoles with built-in game libraries made to work on modern TVs aren’t a new idea, but Nintendo certainly caused quite a nostalgia-fueled fervor with last year’s NES Classic and upcoming SNES Classic. The Sega Genesis and its library absolutely deserve their own similar monument to the 16-bit glory days of blast processing, but due to a poisoned, lackluster library, this Sega Genesis Flashback looks poor next to what we’ve seen of the SNES Classic.

Note that this $80 retro console isn’t manufactured by Sega – it’s made by At Games, which also produces the Atari Flashback. The Genesis Flashback boasts 85 built-in games, which is almost double the amount of the excellent Sonic’s Ultimate Genesis Collection that was released for Xbox 360 and PlayStation 3 back in 2009. Upon closer inspection, however, you’ll find that only 57 of them were actually released on an original Sega console. The remaining 28 are “bonus” games – all-but-unplayable ripoffs of classics like Space Invaders and air hockey. That means 28 games in this collection (33%) are straight garbage.

Check out the full list of Sega Genesis Flashback games.

28 games in this collection (33%) are straight garbage.

Of the 57 legit games included, only 45 are Sega Genesis games. The rest are a random selection of Master System and Game Gear games. Slapping an “85 BUILT-IN GAMES” sticker on a “Sega Genesis” console that only includes 45 Genesis games is a little misleading.

But what of that 45? It’s a good number – more than double the SNES Classic’s 21 – and many of the games here are stone-cold classics. Phantasy Star IV, for instance, might be the best RPG Sega ever made, and it’s still fun hacking your way through all three Golden Axes with a friend. I’m not a Sonic the Hedgehog guy, but many people obviously are, and there are five Sonic Genesis games packed in with another four of his Game Gear outings. 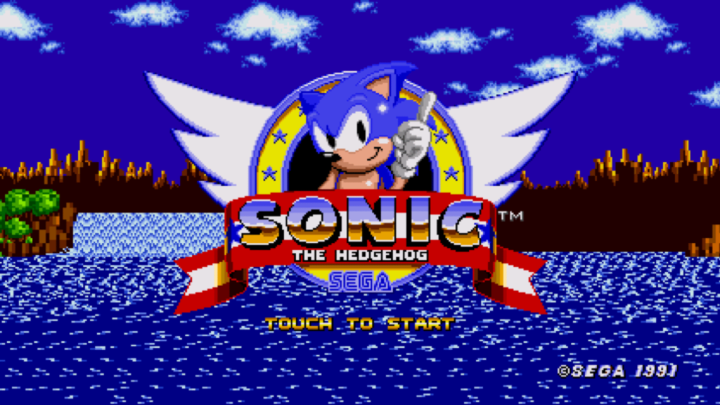 There are a bunch of Sonic games here — but where’s Sonic 3?

That said, there are also many glaring omissions from Sega’s own first-party catalog. Streets of Rage didn’t make the cut. Genesis mascots like Ecco the Dolphin and Toejam & Earl are missing. Sonic’s third game was left out, for some reason. Not a single sports game showed up to play. Beyond Oasis, the Sega Genesis’ answer to The Legend of Zelda, is nowhere to be found.

Then there’s the issue of the third-party games. If you asked a Sega kid what some of the best games on the Genesis were, they’d probably mention names like Gunstar Heroes, Aladdin, Earthworm Jim, Contra: Hard Corps, or Castlevania: Bloodlines. Yeah… none of those games are here. That’s because this collection almost exclusively includes games developed or published by Sega (apart from the bootleg junk, of course). Ironically, even the very cool cinematic platformer Flashback is also not included in the Sega Genesis Flashback.

The only third-party exception is the welcome presence of Mortal Kombats 1-3 – blood code included.

Having spent some time with them, I’d say about 25 of the included 85 games are still really fun to play today. The three Phantasy Star RPGs, two Shining Force SRPGs, and Shining in the Darkness provide hundreds of hours of old-school gameplay on their own. But even among the winners, not all of the emulations run as smoothly as they should. Many games garble the audio, introducing pops and stutters to your childhood’s soundtrack. Certain games, like Sonic the Hedgehog 2, don’t run as smoothly as they did on the real Genesis. This also applies to any physical Genesis cartridges you dust off and slot into the top of the Flashback, unfortunately.

Many games garble the audio, introducing pops and stutters to your childhood’s soundtrack.

For what it’s worth, the Sega Genesis Flashback is very easy to set up, packing just the console, two wireless controllers, an AC adapter, and an HDMI cable. You can be up and playing in no time.

The console itself is similar in size and shape to the original Genesis without the satisfying weight – this is cheap, hollow plastic. The controllers (which require two AAA batteries each) do a serviceable job of controlling the games, although for some reason navigating the game library with them is cumbersome. It feels as though only two out of three button presses are registered, which suggests a problem with the interface. To make matters worse, the interface can only be browsed in a confusing way that uses the d-pad to maneuver the game list on the right while the controller buttons move you through the categories on the left. It’s terribly awkward.

The console does include two controller ports so you can plug in actual Sega Genesis six-button control pads, and I found they work much better than the pack ins do in the interface and just feel more satisfying since they’re the real deal. We had a couple lying around the IGN office, but not everyone who might bring home the Flashback will be so lucky unless they’re collectors or haven’t cleaned out their garages in a few decades.

The Sega Genesis Flashback does offer an easy way to revisit a few 16-bit gems, but there have been much more complete Genesis collections that were presented with more polish and smoother, more accurate emulation. Absurdly, this console is also packed with shovelware that has no business in any retro game showcase, seemingly in an effort to pad its number of included games. Sega fans are left waiting for Sega itself to make a worthy Genesis Classic… someday.