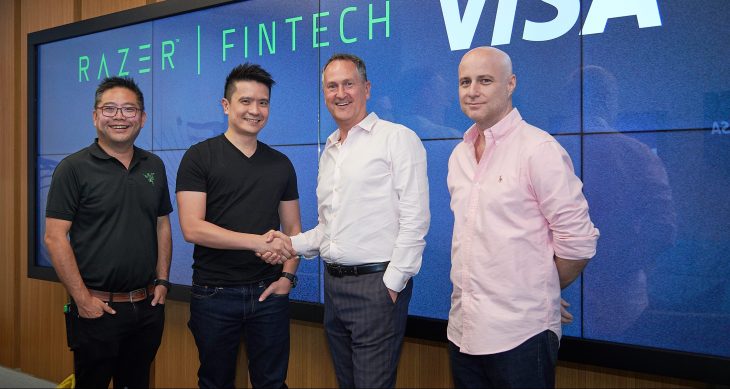 The latest pairing between a tech upstart and a financial titan is a digital prepaid card targeted at Southeast Asia’s 430 million-plus unbanked and underserved population.

On Monday, Razer, the Singapore-based company best known for its gaming laptops and peripherals, announced a partnership with Visa to develop a Visa prepaid solution. The service, which allows unbanked users to top up and cash out easily, will be available as a mini program embedded in Razer Pay, the gaming company’s mobile payments app. That means Razer’s 60 million registered users will be able to pay at any of the 54 million merchant locations around the world that take Visa.

Going virtual is the natural step given the region’s fast-growing digital population, but the pair does not rule out the possibility to introduce a physical prepaid card down the road, Razer’s chief strategy officer Li Meng Lee told TechCrunch over a phone interview.

Both parties have something to gain from this marriage. Hong Kong-listed Razer has in recent years been doubling down on fintech to prove it’s more than a hardware company. Payment services seem like an inevitable development for Razer whose users in the region are accustomed to buying in-game credits at convenience stores.

“For many years, the people who have been making digital payments before it became a sexy word in the last couple of years… [many of them] are the gamers who go to a 7-Eleven, pay in cash, and get a pin code to buy virtual skins for the games,” noted Lee. “Because of that, we’ve been able to build up more than a million service points across Southeast Asia.”

The key differentiator of Razer’s prepaid service, Lee said, is that customers paying at Visa merchants don’t have to already own a bank account, whereas that prerequisite is common for many other e-wallet services.

Razer’s fintech arm is handling transactions for a slew of internet services like Lazada and Grab and has made a big offline push, boasting a network of more than one million touchpoints through retailers including 7-Eleven and Starbucks where it’s accepted.

All in all, Razer claimed it processed over $1.4 billion in payment value last year — but that includes its “merchant services” business, covering on and offline payments, as well as Razer Pay.

The payment app first launched in Malaysia in mid-2018 and recently branched into Singapore as its second market. Lee said the service plans to roll out in the rest of Southeast Asia soon, upon which the Visa prepaid mini app will also be available in those markets.

For Visa, the tie-up with an internet firm could be a potential boost to its reach in the mobile-first Southeast Asia where some 213 million millennials and youths live.

“This is a great opportunity for us to be working with Razer in addressing how we work to bring the unbanked and underserved population into the financial system,” Chris Clark, Visa’s regional president for the Asia Pacific, told TechCrunch. “We will be doing some work with Razer on financial literacy and financial planning to bring that education to the population across the region.”

Razer’s fintech ambition has been evident since it announced to gobble up MOL, a company that offers online and offline payments in Southeast Asia, in April 2018. Besides payments, Lee said other microfinance services such as lending and insurance are also on the cards as part of an effort to ramp up user stickiness for Razer’s fintech arm.

Note: The original version of this article has been updated to correct that Razer’s $1.4 billion in GMV includes merchant services as well as Razer Pay.