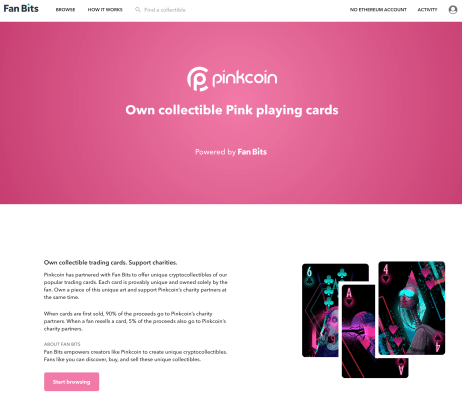 As we plunge into our baffling future, it is believed that, at some point, we will be trading in cryptographically secure kittens, monsters, and playing cards. While it is unclear why this will happen, Rare Bits and their new service, Fan Bits, is ready for the oncoming rush.

Founded by Daniel Lee, a former Zynga/FarmVille employee, the company trades in digital goods. Lee brought in a team of ex-Zynga and other digital platform creators to build a blockchain-based solution for buying and selling digital collectables. For example, on Rare Bits you can buy this monster and battle it against other monsters on the blockchain. Further, with their new platform called Fan Bits, you can buy actual collectables that are tied to the blockchain. For example, you can sell collectible cards and give some of the proceeds to charity. If the new owner resells those cards then some of the resell price also goes to charity, an interesting if slightly intrusive use of smart contracts. 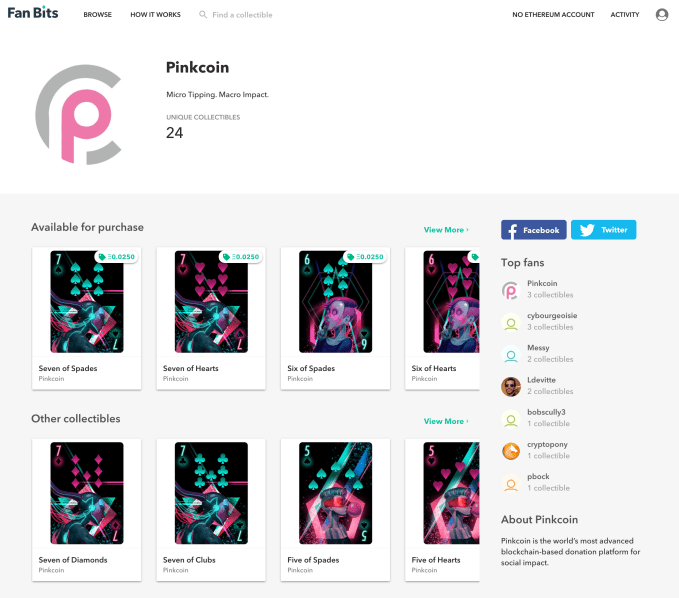 The team has raised $6 million in Series A. Fan Bits launches on May 17.

“To date, collectible content has only been created by developers for their own dapps – which I suppose could be considered our competition,” said Lee. “Fan Bits is the first to let anyone, especially people who are not technical, to create collectibles. It will create an abundance of supply that didn’t exist before.”

“We started Rare Bits to let people buy, sell, and discover crypto assets. We believe that assets on the blockchain mark a fundamental shift in how we own and exchange property. Our overall mission is to enable the worldwide exchange of online and offline property on the blockchain,” he said.

Lee sees this as a Trojan horse of sorts, allowing non tech-savvy creators sell digital art and designs online without having to understand the vagaries of blockchain.

“For creators, it’s a DIY platform to turn their content into unique collectibles and earn Ethereum on every sale,” he said. “For the first time, a creator can go from idea to published cryptocollectible on a live marketplace without having to have any technical knowledge.”

Given the popularity of other digital collectables – including in-game gear for many multi-player games – things look like they’re going to get pretty interesting in the next few years.