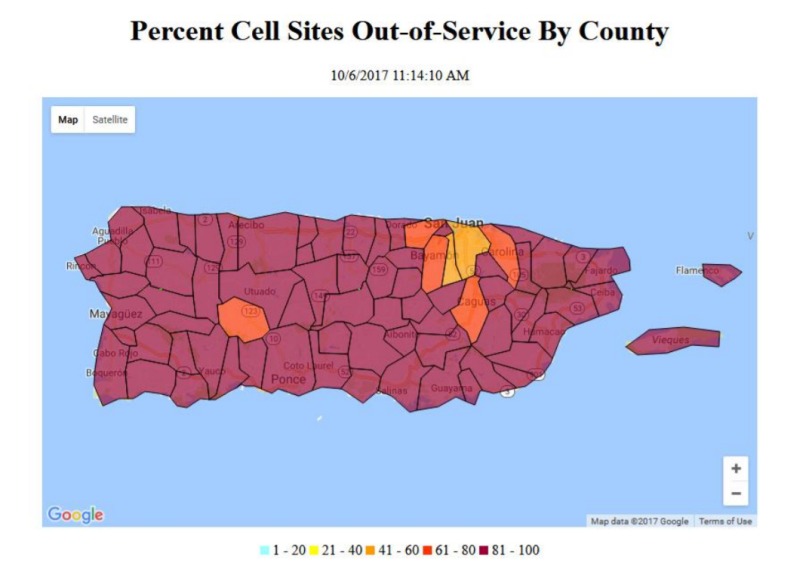 On September 29th the X team said it was looking into ways to help Puerto Rico with Project Loon, similar to the way it helped provide service in Peru after extreme rains and flooding struck the nation in March. However, Loon had already been testing with Telefonica in Peru, which sped up the process.

In a report issued yesterday (PDF), the FCC said 83 percent of cell sites in Puerto Rico are still out of service, along with 57 percent in the US Virgin Islands and 100 percent in St. John. It also took the step of creating its Hurricane Recovery Task Force that will work on restoring services to the islands.

We’re grateful for the support of the FCC and the Puerto Rican authorities as we work hard to see if it’s possible to use Loon balloons to bring emergency connectivity to the island during this time of need. To deliver signal to people’s devices, Loon needs be integrated with a telco partner’s network — the balloons can’t do it alone. We’ve been making solid progress on this next step and would like to thank everyone who’s been lending a hand.

The #ProjectLoon team at X is exploring if it’s possible to bring emergency connectivity to Puerto Rico. Read more https://t.co/atroBWeTGv