Greatest Hits, Sony’s line of games that have achieved certain sales thresholds and get relaunched at discounted prices, is being brought back for the PlayStation 4. These will release as physical copies and on the PSN Store for a new permanent price of $19.99. 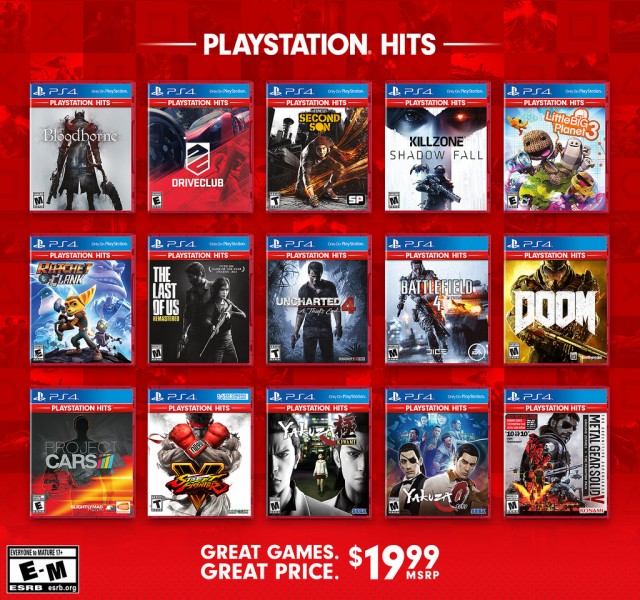 The boxes will differ from original releases, traditionally with (fairly garish) banners over the box art and, for the first time, a switch in the color of the box from blue to red. Sony never makes public how many copies a game sells to qualify as a Greatest Hit, but traditionally the numbers have been around a million copies sold.

Our Take
I would probably get Street Fighter V: Arcade Edition on sale rather than vanilla Street Fighter V because the former includes more character DLC, but this is a good deal for a lot of those other games. As someone that likes uniformity in my physical collection, though, the different boxes would probably drive me nuts.