Pi can wirelessly charge your phone from a short distance


The device is called, well, Pi, and the company says it’s the first-ever contactless wireless charging product to make it to market. It’s shaped like a lampshade, or a cone with its tip cut off. It uses resonant induction, which is the same tech that Qi uses, but with a special beam forming algorithm that lets them shape and direct magnetic fields around the device. That means that instead of needing to put your phone directly on it, you can just put your phone next to it. 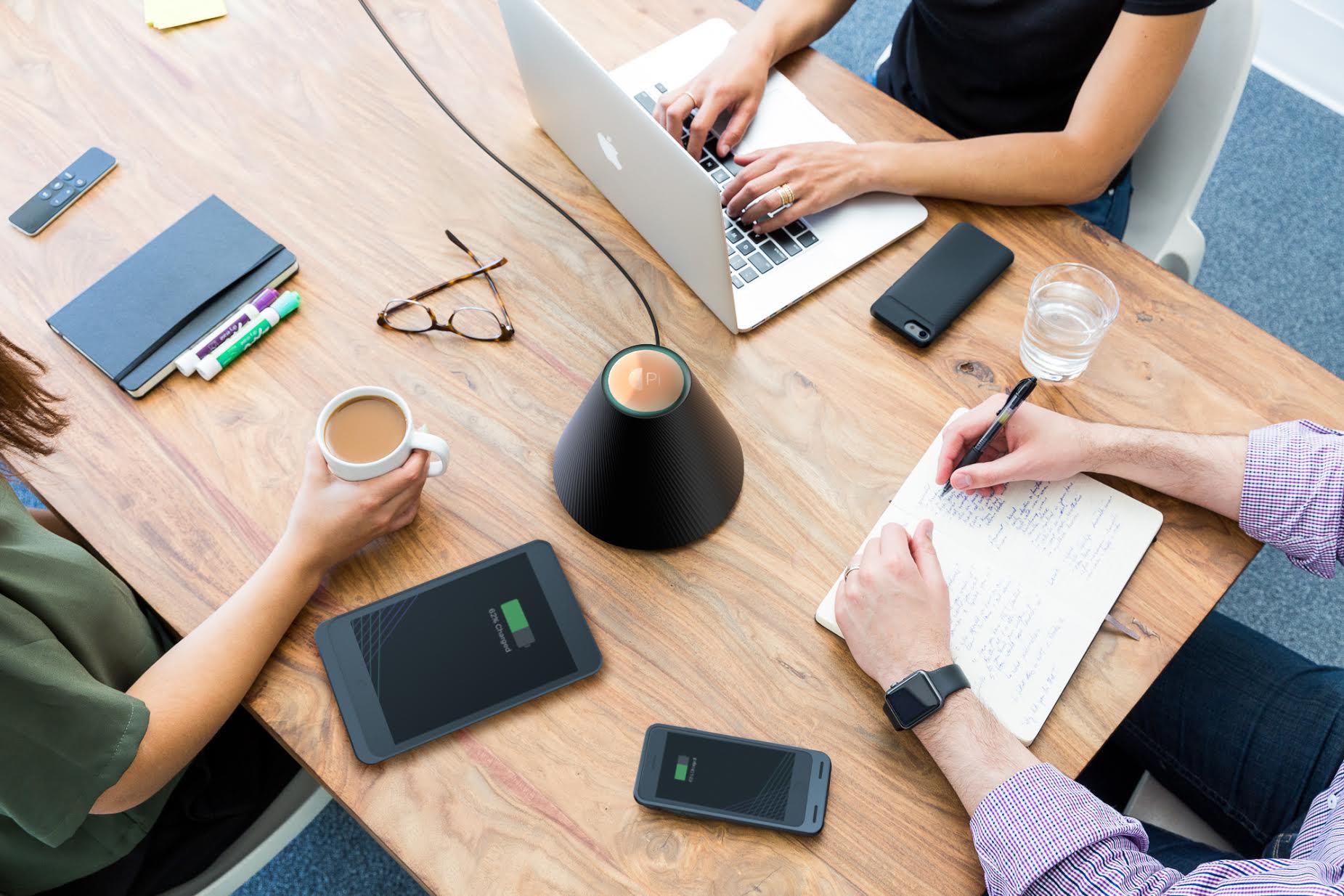 In a demonstration on stage at TechCrunch Disrupt, Macdonald and his business partner Lixin Shi, showed that you could bring a phone within a foot of the Pi in order for it to start charging. He says that you can move the device in whatever direction around the Pi, and in different orientations, and it’ll still work. Then he added a second phone, a third, and a fourth, and they all started to charge. The tech applies to iPhones, Galaxy phones and even a large iPad, as long as they have the appropriate magnetic charging case. If the phone already has wireless charging built-in — like the new iPhones, for example — then a case is not required.

According to Macdonald, you can charge up to four phones at full speed if they’re all 12-inches or so away from the Pi. Once you add more phones, it’ll slow down slightly, but they’ll still get well above the one watt required to turn on the charging circuit. Shi says that the maximum output right now is 20 watts, but it’s theoretically possible to increase the power by integrating components with a higher power rating, which might be able to accommodate laptops in the future.

Right now, Macdonald and Shi plans on selling the Pi charger as a standalone product, but they’re also talking to partners about possibly integrating the technology in other devices. One possibility is in smart speakers like Google Home or the Amazon Echo. Since the speakers are already supposed to be at the center of your home, integrating a charging tech into them makes sense.

As for pricing, well, they don’t have that just yet. But Macdonald promises that it will be well under $200 when it does ship. And if you want, you can go to the company’s website right now to reserve your own Pi. The first 314 people — get it? — will get a $50 discount code.