Breaking News
Home / Networking / No internet: The unbearable anxiety of losing your connection

No internet: The unbearable anxiety of losing your connection


Some of you were born before the internet. You, like me, lived through a period of time when analog was real.

Think back. Do you remember setting an alarm clock by hand, maybe even winding a dial? What about reading a book? Did you flip sheets of paper to scroll through the narrative? Do you remember appointment TV, rushing to make sure you were home at the right time, on the right night, to watch your favorite show?

When it came to news and community, do you remember actually talking to people and reading the paper or watching the news? News wasn’t provided by just anyone (including foreign frenemies) who could drop some words in 86-point Impact font on top of a picture.

Yes, national TV news was somewhat homogenous, but the real action was in all the local news outlets, both TV and newspaper, which reflected a wide variety of viewpoints and agendas.

Community was your church or school or club, and while you might get together outside of meetings and event times, you weren’t constantly in each others’ face at all times of the day or night. If Sally said something outrageous at church, you could spend a whole week thinking about what to say back to her. You didn’t read her screed at 2am and instantly scream back in all capital letters. It just wasn’t done. It wasn’t even possible.

Work was also different. When I first entered the workforce, the idea of working from home was an oddity. When I started my first business, I had to employ an answering service, because none of my potential customers and clients wanted to do business with a company that didn’t have physical offices. Now, major businesses exist solely in cyberspace, and the closest thing many of us have to a physical office is Slack or Hangouts.

Even in the early days of the internet, it wasn’t so bad. Back then, in the late 1990s and even early 2000s, you had to “get on” the internet. Dial-up provided enough friction and was unreliable enough that the internet was a separate activity. You were either connected to the internet or you weren’t.

But now, we’re always connected to the internet. And it’s making us a little crazy. What’s worse, on those rare occasions when we’re forced to be offline, a serious level of separation anxiety can set in.

I know. I’ve been experiencing internet separation anxiety for the past week, and it hasn’t been pretty.

Last Tuesday, my home internet feed started to fritz. That happens sometimes. Usually, a restart of the cable modem or waiting until morning fixes the problem. But not this time. This time, nothing seemed to help. It wasn’t consistent. I wasn’t offline. I was just losing a lot of packets, intermittently.

One minute, I’d be able to go to a web site. The next minute, not even the Google home page would load. It was infuriating. Worse, because I have crappy cell reception and no landline, making calls over Wi-Fi became problematic, as well.

Calling the cable company for repairs turned into a multi-hour, multi-episode exercise in frustration. It was hard enough getting a call to go through reliably. When I got through, I had to authenticate my account to the agent on the phone. I was asked for my account number. I explained I didn’t have it. The agent advised me how to go to their website and get it. I explained that I didn’t have reliable internet and therefore couldn’t go to the website.

Next, the agent suggested I share with him the last four digits of the credit card I used to sign up. I signed up in October after escaping from a hurricane. I have no idea what card I used. Naturally, I couldn’t go online to check, because… no online.

After about an hour (there was no reason this part took a full hour, except that the agent just wasn’t being helpful), the agent finally agreed to send me a text to verify my identity. I got the text, and the agent was finally willing to discuss my problematic internet.

Next, there were the usual idiotic questions about gear I have attached to my extra-charge-for-unlimited service. Yes, I have 32 devices connected to the internet. Yes, I sometimes use Wi-Fi. No, I’m not a clueless fool. Yes, I disconnected everything to confirm the packet loss wasn’t caused by my gear. Yes, I rebooted my computer. Yes, of course, I’ll waste both our time by rebooting it again, now, here with you.

Yes, I restarted my cable modem. Yes, I understand that the router I’m using is not provided by the cable company and therefore is not your responsibility. Yes, I understand in a weird parallel universe, it could be the router, but it’s not because I can do a traceroute. No, I’m not surprised you don’t know about traceroutes.

Read also: YouTube TV and Roku: Why your cable box and TiVo days are numbered

Of course, I’ll take part in your survey and give you a good rating. No, I don’t mind being interrupted again by a call after spending more than an hour trying to get you to actually listen to what I was telling you.

So, that was Tuesday. Remember, I work from home. Getting my job done was a major challenge with minimal internet. While I could take my laptop to one of the many coffee shops Oregon has to offer, some work required being hooked up to my dual large-screen monitors and giant tank of directly-attached media asset storage.

Read also: How to scan and fax from your iPhone

Watching TV at night was a crapshoot. Sometimes it would work. Other times, not so much. Now, you have to understand, I have a relatively large offline video collection, much of it digitized on one of my NAS boxes. So, even if the internet was fully down, my wife and I could watch movies or TV shows. But did we? No, if Netflix or Hulu or HBO Now or CBS All Access or Prime Video or Showtime or — heaven forbid! — YouTube was offline, it was a Category Five level of distress.

Being intermittently disconnected from the internet created a level of separation anxiety that, in some ways, eclipsed constructive problem-solving. We didn’t have to watch Netflix. We could have just as easily watched something on our own media tank. But it was the idea that we couldn’t reliably connect that sent me a little off the edge.

The service call, or lack thereof

We made it through to Saturday morning. That’s when my appointment was scheduled. The Comcast rep on Tuesday told me I had an appointment scheduled from 9am to 11am Saturday. Sometime during that time slot, the cable guy would arrive.

Except he didn’t. I gave it until noon and called Comcast. This time, I had my account number written down. Still, I had to go through the dance again, justifying who I was, whether I’d disconnected everything, yada, yada, until he finally agreed to check on my appointment and why no one had showed up. And no, I still don’t want to sign up for internet phone service.

As it turns out, they had cancelled my appointment. They didn’t tell me. They just cancelled it. The agent said he thinks it might have been because they fixed another problem in the area, and they didn’t see the need to send a tech to me. Meanwhile, I was still losing nearly 80 percent of all my packets, so the problem clearly wasn’t fixed.

After more of this back and forth, he tested my line and agreed there was something wrong. He told me a tech would arrive between 3pm and 5pm.

As you might imagine, nobody from Comcast showed up between 3pm and 5pm. Instead, at about 5:05pm, I got a text informing me that a technician would be out the next morning, between 9am and 11am.

So, that was my Saturday. I’m glad they didn’t just randomly choose an appointment for me on Monday morning, because I already had a fully-booked work day.

Sunday, finally, the tech arrived. As it turned out, he wound up replacing all the wires to the street, replacing my cable modem, and rebuilding everything from scratch. I’m not losing packets anymore. He was very knowledgeable, helpful, and friendly. He got the job done.

How did we survive?

Tuesday. Wednesday. Thursday. Friday. Saturday. Five days I was without reliable internet. I felt like a limb or a lobe had been cut off. How did we, as a civilization, survive all those years without constant, anywhere internet access?

For five days, I had limited access to Facebook, Twitter, and YouTube. I haven’t been able to do as much morning reading as I normally do. Work projects were hard to complete with limited connectivity, but that wasn’t the big challenge. The big challenge was the feeling of being cut off from the entire world that seemed almost overwhelming.

I firmly believe the internet (especially broadband and mobile internet) is a transformative, amazing aspect of our modern society, and I certainly wouldn’t want to live without it. But, as I reflect back over the past few days, thinking about the separation anxiety limited access engendered in me, along with all the damage we’ve experienced as a nation from the run-amok aspects of social media, I wonder about the cost to us with all that connectivity and connectedness.

Yes, the internet empowers us in wonderful and astonishing ways. But it’s also warping our minds and making us more than a little crazy. How we reconcile those two facts will be one of the biggest challenges we face as a civilization for years to come.

One final note about Comcast

I’ve had Comcast since October and talked to a bunch of folks who work there, from those in the local store, to call agents, to their techs. This appointment thing was annoying, but in general, I’ve been very happy with the service I get and the people who’ve helped me.

Read also: From paper tape to a patched-together Altair 8800, the story of my first computers

Mosaic turns 25: The beginning of the modern web

25 years ago, the first release of Mosaic web browser appeared and the web, as we know it, began.

Unnecessary Alexa tricks: Controlling a picture frame with your Echo

In a world where a sentient Pringles can listens to our every utterance and grants our every wish (subject to certain restrictions), do we really need to enable even more laziness? Heck to the yeah!

Getting started with Alexa and smart home tech for under $100

It’s hard to believe how much the price of smart home tech has come down. We show a bunch of ways to save money, including a configuration that will let you control five devices with an Amazon Alexa, all for under a hundred bucks total (including the Echo).

Previous LG’s bizarre, rumored hybrid smartwatch may have a touchscreen and analog hands
Next Attack of the clones 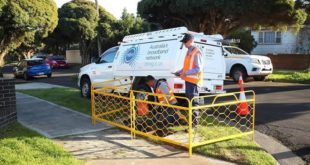 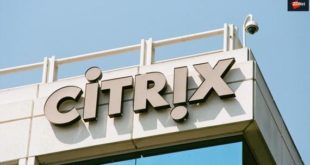 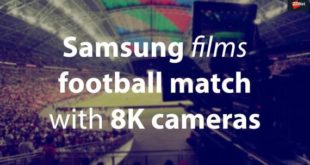