We’re out at Tokyo Game Show and taking the time to visit with various Japanese developers. Today, we sat down with NIS President Sohei Niikawa and he dished about the company’s future plans. NIS has earned its claim to fame with the Disgaea series, which recently brought its fifth entry to Switch and is set to launch Disgaea 1 Complete (a remaster of the first game) in just a few weeks on PS4 and Switch. Niikawa was candid about NIS’ effort to stay in the game by not only developing more Disgaea games, but also creating new IP like the recent Labyrinth of Refrain: Coven of Dusk. Here’s what he had to say about NIS’s past, present, and future.

On The Desire To Bring More Games To Switch…

With Disgaea 5 Complete already hitting Switch, and another release in a few weeks with Disgaea 1 Complete, we couldn’t help but ask if NIS has seen success on the platform and would like to continue developing on it. Niikawa seemed very open to making the Switch a part of NIS’ future.

“I definitely feel the Nintendo Switch is a very appealing platform,” he says. “And what I mean by appealing is that at home you can play it on your TV and then you can pick it up and play it on the go as well. It’s a platform that’s perfect for people all over the world, that meets everyone’s needs. And as a company, Nippon Ichi Software wants to continue to release more and more games on it.  What really contributed to that decision was Disgaea 5’s success on the platform. We were actually surprised, in terms of sales for North America and Europe, it did much better than our expectations.”

Niikawa said Disgaea V was met with much fanfare from around the world, but what surprised him most was its performance in the West. “Disgaea is a title that was born in Japan, but I feel it’s a title that has been more well-received overseas,” he says. “As for why that is, I have no clue, but because that is the case we’re going to make more and more Disgaeas and release them into the world.”

Naturally, this led us to ask about progress on the next entry. Niikawa confirmed that NIS is hard at work on the next entry. “Yes, it’s been in the works from the preparatory stages from a while back, but in terms in when it will be released and what’s actually going to be in it content-wise, that’s still TBD. It’s still very early.” 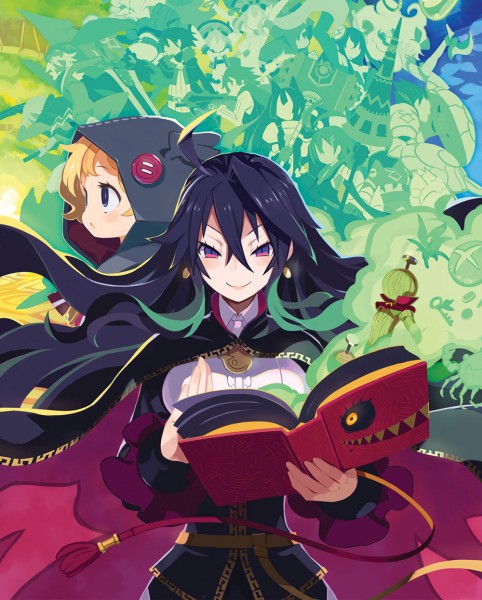 Will Laharl And Company Make Another Comeback?

The cast of the first Disgaea has undoubtedly been the most popular. Something about Etna putting the incredibly arrogant Laharl in his place never gets old alongside Flonne’s innocence and naivety. We just couldn’t resist asking if NIS would bring these iconic characters back for something beyond D2: A Brighter Darkness.

“Yes, there’s definitely a wish to revisit that cast and maybe other casts,” he says. “Disgaea is a series that we’re constantly thinking of what to do with it. And right now, while all eyes are probably on or looking forward to Disgaea 6, there’s still a lot of other things that we’re still planning and thinking about in the Disgaea series that maybe we’ll be announcing in the future. At least please know that it’s being thought about.”

While Disgaea is certainly NIS’ most popular brand, that doesn’t mean that the company isn’t looking for new IP to make a splash. “One of the really important themes of the company overall is, while obviously respecting and continuing the legacy of the [Disgaea series], is to always be creating those new things. It’s a company imperative to make sure new IP and games get developed and released.” Niikawa used the example of Labyrinth of Refrain: Coven of Dusk making a big impact over time in Japan, which he’s hoping it sees in North America as well.

Getting Ahead With The PS5…

We asked Niikawa what were in the future plans for the developer and publisher, and he wasn’t shy about stating their goals. “As Nippon Ichi Software, we’d like to continue in the consumer sphere, which is what we consider consoles and handhelds – not mobile, essentially,” he says. “Specifically, [we’re targeting] the PlayStation 4, Switch, and Steam. That’s the general strategy going forward. There’s a lot of talk of PlayStation 5 right now, and I personally don’t know when it’s going to come out, but I know as a company we definitely want to be on there very early – one of the first companies to put something out on it.  This goes back to earlier in the conversation, but again, just going forward [our goal is] making Disgaea 6 up to the level that everyone is expecting.  Another series we’re definitely looking to bring a lot of attention to, which just came out in North America, is Labyrinth of Refrain: Coven of Dusk. This is a game we put a lot of time and energy into, to strictly call it by its genre type it’d be a [dungeon crawler]. To compare it to Disgaea, which is a strategy/RPG, the things [Disgaea] did were pretty revolutionary and pretty crazy. It kind of turned SRPGs on their heads. I feel the say way about some of the systems in Labyrinth of Refrain: Coven of Dusk.”

Labyrinth of Refrain: Coven of Dusk is now available for PS4, Switch, and PC. Disgaea 1 Complete, which features all the additional content released for the game alongside HD sprites and graphics, launches on October 9.

Previous You can’t make a reality game show out of social media
Next Mophie 30-day wireless challenge: Staying powered up without a cable connection