Game streaming loomed large as the biggest story of E3. Between Google’s Stadia news late last week, Microsoft’s Game Pass additions, a Ubisoft announcement and even the presence of Netflix, the writing is clearly on the wall.

Nintendo, of course, has largely been absent from that conversation. No real surprise, really. The gaming company has always marched to the beat of its own drum, bucking larger industry trends in favor of its own singular vision. The approach has sometimes been to its detriment (as is the case with its longtime heel-dragging on mobile), but has largely resulted in a number of the industry’s most beloved platforms, titles and IP.

Given the company’s rich and storied gaming history, a Netflix-style approach to content makes a lot of sense for a company like Nintendo. And certainly, the notion of paying $10 a month for access to 30 years of Mario, Zelda and the like doesn’t seem like much of a stretch. Though for Nintendo, much of the calculation no doubt comes down to whether or not gamers are willing to continue to pay for downloads.

In an interview with TechCrunch this week on the show floor, Nintendo of America executive Charlie Scibetta said the concept is one the company has been considering. “Streaming is certainly interesting technology,” he told TechCrunch. “Nintendo is keeping a close eye on it and we’re evaluating it. We don’t have anything to announce right now in terms of adopting that technology. For us, it’s still physical and it’s digital downloads through our eShop.” 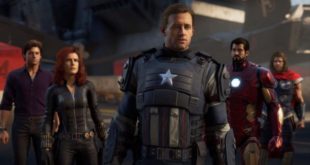 When Avengers debuted at Square Enix’s E3 conference earlier this month, a lot of people ...