NASA's InSight lander proves it's on Mars with a selfie


InSight touched down on Mars on November 26th after traveling through space for six months. It was NASA’s first Martian landing since 2012. The spacecraft has since settled into its landing spot and has even taken photos of the area it’s studying (and stitched them together, as well) when it took its self-portraits: 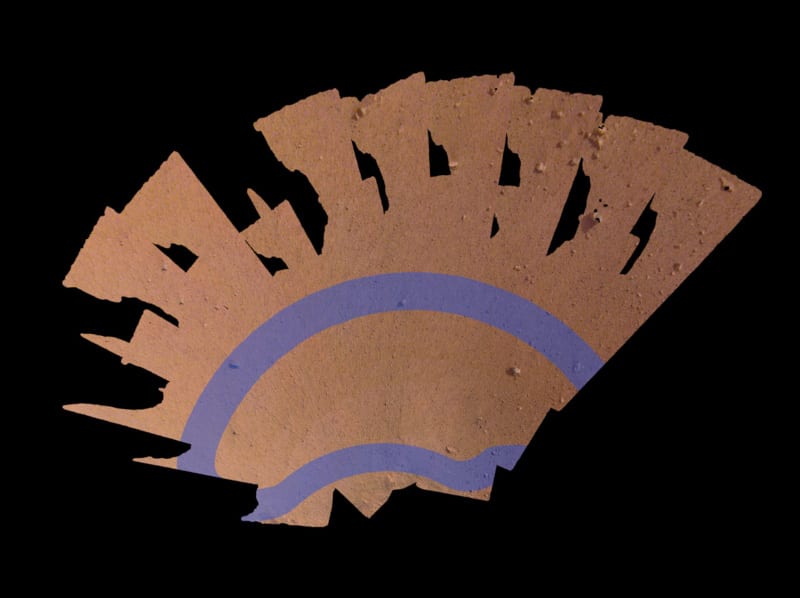 Over the next few weeks, InSight’s ground team will decide where to use its science instruments within that specific area. They were especially glad to see that the landing spot they’ve chosen turned out better than expected, with its “near-absence of rocks, hills and holes.”

The spacecraft is equipped with three major instruments, starting with a seismometer to study quakes on the planet, as well as meteorite impacts and dust storms. It also has a probe that can measure the heat that’s flowing out of the planet’s interior. Finally, it comes with a pair of antennas to track the wobble of the red planet’s North Pole. Those three can give us more information about what’s inside Mars, which could, in turn, help us figure out how similar planets formed.

Say Cheese! @NASAInSight‘s first #selfie on Mars reveals the lander’s solar panels and deck!
The spacecraft used a camera on its robotic arm to create a mosaic made up of 11 images. Take a peek at Insight’s first complete “workspace” here: https://t.co/Y5C6sCSRZV pic.twitter.com/Orh4DWli3h