My iPhone's battery wore out in less than 18 months


Today I’m more convinced than ever that the iPhone has a serious design flaw. After less than 18 months of use, the battery in my iPhone 8 Plus is already showing signs of being worn out, and iOS has kicked in to throttle the performance to prevent the weakened battery from causing further crashes.

Must read: 2019: The Apple products you shouldn’t buy

My iPhone 8 Plus was one of the first few million to roll off the production line, and since I took delivery of it on 22 September 2017, it has been my daily driver. But back in May of 2018, I speculated that the battery might not last much more than about 18 months before showing signs of wear.

This morning, after a little more than 16 months of use, my iPhone suffered its first unexpected shutdown due to poor battery performance.

According to Apple’s documentation, the battery “is designed to retain up to 80 percent of its original capacity at 500 complete charge cycles,” and beyond that, the battery is considered worn and heading toward end-of-life.

Also: The iPhone’s 21 most important apps of the decade TechRepublic

According to my testing, my battery has gone through 426 charge cycles (I’ve outlined the process by which you can find out how many charge cycles your iPhone’s battery has gone through here). I’ve disabled the performance throttling for now in iOS (here’s how to do that) but in my experience, once this starts, it will just keep on getting worse until the handset is essentially unusable.

As I’ve speculated before, this premature battery wear (yes, I’m calling this premature wear, because I’d expect the battery to last three years in any device that retailed for the premium price that the iPhone goes for) is a design flaw. Put simply, Apple has chosen to make the iPhone thinner and lighter at the expense of battery capacity.

Now, my iPhone is covered by AppleCare warranty, so outside of the hassle of getting this fixed (since I live in the UK, and consumer protection laws here are tighter – and I know those laws well – I’d be able to get the battery replaced free of charge even without a warranty), it’s not going to cost me anything. But that’s no excuse for the battery wearing out in under 18 months in the first place.

This is a shockingly poor lifespan for a premium smartphone, and it’s hard to shake the feeling that Apple has knowingly engineered this obsolesce into the iPhone in order to drive sales.

Previous ‘Wired’ is a multi-scene movie painted and animated in VR
Next Unity acquires Vivox, which powers voice chat in Fortnite and League of Legends

Can you put a stop to annoying robocalls? Here are all the tricks we know – CNET 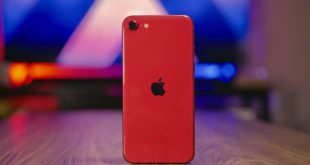 iPhone SE 2020 vs. iPhone 8: Comparable prices, but one is a much smarter buy – CNET

In a bid to lure budget-minded iPhone fans, Apple debuted its new iPhone SE for 2020 ...