Life Is Strange: Before The Storm Episode 3: Hell Is Empty

The honest truth or beautiful lies.

The final act of Life is Strange: Before The Storm is so caught up in the interesting question of whether the truth is better than a lie if the truth only causes pain that most other things Chloe Price has been dealing with are hastily pushed out of the way. The theme is present in both the small, inconsequential choices and the path-dividing decisions presented throughout this chapter. This motif constantly challenges Chloe to question her angsty, black-and-white, no-BS views. This episode, called Hell Is Empty, asks us over and over again what justifies deceit and, if it was fine once, why not again? If dead suns can be beautiful stars, can bad people be good fathers? This constant barrage picks away at her resolve and builds into a final choice where no answer feels completely right or wrong. This constant lump of grey uncertainty in your throat brings the story to a deserving though abrupt close.

Hell Is Empty starts by sharpening the focus on a brand-new end goal (which I must remain vague about to avoid spoilers), which is more mature and affecting than two teenagers simply running away. Everything that’s happened previously seems to fade away as this priority overtakes the story. Chloe’s relationship problems brashly almost seem to settle themselves as her mother and unwanted father figure David are suddenly reasonable humans who reconcile with ease. Rachel’s parents feature much more prominently and are a nice contrast in that, while they can be a bit stiff,  the lines that are delivered and the depth the characters are trying to portray are believable. Having the adults finally feel real is refreshing, but given the precedent and their still-lackluster dialogue and delivery, it sometimes felt forced and out of their established character.

Other storylines from previous episodes either don’t seem to matter or wrap up too quickly in light of this new objective. The school and problems that come with it are just a distant, inconsequential memory and, while pleasant, seeing everything appear to work out okay for some other characters felt just a little too convenient. Had this series been an episode longer, these conclusions could have easily felt natural with more explanation, but the effort to tie up every loose end all at once, while appreciated, is a bit jarring.

Chloe’s proven devotion to both Rachel and the truth ensure I didn’t question her pursuit, even when she does.

Even the pivotal relationship between Chloe and Rachel doesn’t see much development.  The pair does bond over the new discovery, but their status already seems set as the previous episode already tested and ensured Chloe’s devotion. Scenes where the pair are together are still touching, and thankfully aren’t troubled by performance issues of some other characters. I still believe in the connection between them but the shared desire to run away together, which encouraged so much excitement, is usurped by the new objective, which is only really for Rachel. And while it’s potentially a more interesting plot, this sudden turn in the story felt like an excuse to keep the pair in Arcadia Bay to line up with the beginning of the original Life Is Strange, and was almost lonely as a final mission.

Thankfully, Chloe’s proven devotion to both Rachel and the truth ensure I didn’t question her pursuit, even when she does. Her own emotional torment over the perfect memory of her father makes her question what she can’t know, which continues to build towards the final choice. Little decisions start to feel heavier with the combined weight of those before them, and this gives the story more momentum towards its close.

This adds to a sense of emotion and desperation which cuts through a lot of the technical issues throughout this story. Most of this is told through dialogue, which can sometimes fall flat or be poorly delivered but still somehow evokes empathy for these characters. There’s something in the raw emotion of Chloe and everything she goes through which allowed me to forgive when a line didn’t come off quite right or a situation could seem silly. The soundtrack backs this by matching the mood which helps to cover when the words might have failed. Making choices for characters I didn’t care about wouldn’t be that hard at all no matter the stakes, so this ability to evoke emotions regardless of the quality of its delivery is paramount in what makes this series successful.

Adventure game-style puzzles return, though they seem condensed relative to previous ones, which in some ways does Hell Is Empty a service by allowing a greater focus on story without padding. The quest to fix the car is confined to a single position and needs items from one toolbox, rather than wandering an entire junkyard looking for a needle in a haystack. Chloe’s vocal clues are stupidly obvious here, but this scene serves to ease us back into the format for a more important and interesting quest later which was genuinely challenging to solve. Even then, solving the puzzle isn’t always the important part as we are given more to do than simply choosing the correct solution, such as the option to rat out someone who was nice from a previous episode or lay the blame on a verified douchebag. Chose the lie we prefer, or the unfortunate truth.

Chloe’s other problem-solving ability, Backtalk, still suffers in this series for being heavily underused. The arguing minigame, which prompts you to pick the perfect response while a timer runs down brings fantastic intensity, and when it’s used to play Dungeons and Dragons with friends carries a lot of charm. But it shines brightest when used in truly tense situations: Messing up on the last stretch when trying to sneakily contact the police had me slam my desk in despair, despite the outcome not feeling very different for my failure. I wonder if this dedication to story is why Backtalk isn’t seen more often. This story puts Chloe in dangerous situations and the presumed price for failing could be too high to risk.

Having so few of these experiences makes the conclusion feel short, sudden, and more on rails. However, after completing this episode and being presented with the summaries of paths I could have taken, I was surprised to see some options that either weren’t open to me due to previous decisions or that I just hadn’t even considered. Most of them were small and seemed inconsequential, but the fact that they hadn’t even occurred to me retroactively made my path feel more personalized and canonical. Learning that one of the biggest plot points I was convinced couldn’t happen any other way could’ve played out differently has me baffled at what I could have done to achieve this. 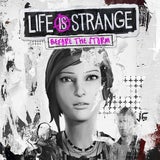 Life is Strange: Before the Storm — Episode 3: Hell is Empty

Life is Strange: Before the Storm features Chloe Price, a 16 year-old rebel who forms an unlikely friendship with Rachel Amber, a beautiful and popular girl destined for success. When Rachel’s world is turned upside down by a family secret it takes their new-found alliance to give each other the strength to overcome their demons.

The conclusion to Hell Is Empty didn’t give me my runaway future, but the prequel nature of Life Is Strange: Before The Storm made that an impossible dream. Instead, another story shoves it aside, trying to find the difference between what is right for someone and what is good for them, but there isn’t enough time in this episode to deliver this message and round out everything else. This pace leaves it rushed and somewhat tunnel-visioned. That said, characters I cared about and real, hard choices which often don’t feel truly right or wrong kept my gut firmly wrenched throughout. Light puzzles break up the talking and drama but again serve to remind us that “correct” isn’t necessarily “right.” Instead, there’s a strong single theme that’s delivered well in a story that isn’t afraid to get in a few punches.