What’s in the moss?!

Hideo Kojima has confirmed a new Death Stranding trailer will be shown at this year’s E3, and his latest tease has fans searching for hidden meaning in a bed of moss.

The teaser image, posted by Kojima on Twitter, is presumably an in-engine screenshot from Death Stranding’s upcoming E3 trailer. Alongside the photo (seen below) Kojima wrote, “+1 on the T-minus 3 weeks. #E32018” and “Decima×Kojima=DS.” 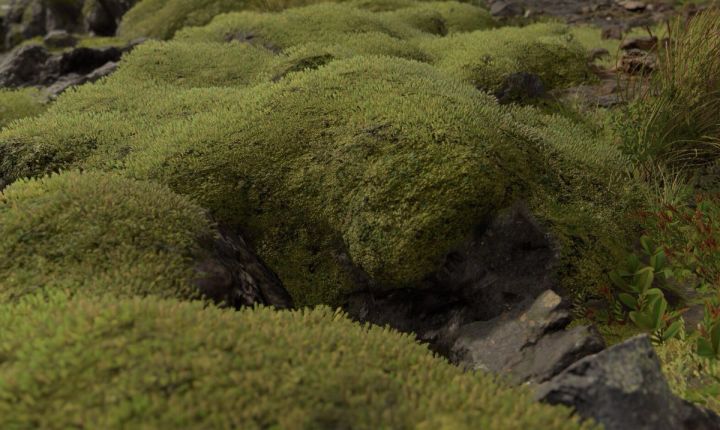 “+1 on the T-minus 3 weeks” is likely a response to Naughty Dog Vice President Neil Druckmann, who earlier that same day tweeted a similar message with a teaser image for The Last of Us Part II. Decima, meanwhile, is Guerrilla Games’ engine Kojima Productions is using for Death Stranding, making “Decima×Kojima” equal Death Stranding.

Naturally, as is the case with any Kojima tease, fans have taken to the Death Stranding subreddit in an attempt to find a hidden meaning or message. Considering Kojima’s cryptic nature, several theories are plausible, though some fans have clearly become lost in the moss.

Reddit user Midnightapalooza presented the idea that the moss isn’t only covering rocks, but a body as well. “I wonder if it is in fact a corpse,” they wrote. “Perhaps it’s the player’s corpse, which sat there and became covered in moss at a rapid rate because of Timefall [read our “Timefall” explanation] whilst the player was off d***ing around in the purgatory world.”

The Redditor prefaced their theory by saying they were going into “tin foil hat mode,” but (if you squint) it’s possible to see a face-down body, with the head in the center, arms sprawled out, and neck/back to the left.

Another Reddit user, PLASTICA-MAN, laid out a more grounded theory: this image is the opening shot of the E3 trailer. This theory is based on the fact that multiple Kojima games have featured trailers that open on a shot of the ground or a shot in which the camera is parallel to the ground, much like this shot of moss. PLASTICA-MAN even provided a handy visual chart as evidence.

While it’s possible something is hidden in the image, it’s equally likely this is simply a screenshot of some very impressive moss used to showcase Death Stranding and the Decima engine.

It’s no secret Kojima has been working on a new trailer for this year’s E3. The beloved game creator has tweeted about it multiple times, sharing images of his work in progress. What exactly the new trailer will reveal about the highly secretive game will be determined during Sony’s E3 showcase on June 11.

In addition to Death Stranding, Sony’s presentation will include in-depth looks at Ghost of Tsushima, Spider-Man, and The Last of Us Part II. For the full list of games confirmed for this year’s show, head to IGN’s E3 2018 wiki.