For the past few years, Apple has made it a point to drive home how much the company cares about user privacy. Apple has posted billboard ads about privacy, Apple CEO Tim Cook called on Congress to change privacy laws and the company created a section of its website dedicated to detailing its privacy practices. Marketing campaigns and quotes from interviews aside, Apple is practicing what it preaches by adding new privacy features to iOS 13 and iPadOS. Apple announced that it was giving the iPad ( $249 at Walmart) its own operating system at WWDC, called iPadOS. The two OSes are mostly the same, with wide feature overlap, including new privacy features.

The new features give you far more control over how often apps can access your location, ways to stop apps from scanning nearby Bluetooth and Wi-Fi networks to guess your location, a new sign-in method for third-party apps and expanded HomeKit security features.

Currently, iOS 13 and iPadOS are still in beta and features can and will ultimately change before the final release this fall. We’ll update this post with the most current information we have. If you want to help test iOS 13, you can install it on your iPhone or iPad right now.

With iOS 13, apps are no longer allowed to request constant access to your location the first time you open them up. Instead, you can pick from three different options: Allow continuous location access while you’re using app, allow once or don’t allow it at all. Picking Allow Once will give the app your location data, but the next time the app wants to access your location, you’ll be prompted again.

The first time an app tries to access your location while it’s running in the background, you’ll receive a prompt asking if you want to approve constant access. Alternatively, if you know you want an app to always have access to your whereabouts, go to Settings > Privacy > Location Services and tap the app’s name to whitelist it.

Head to that same section of the settings if you change your mind about a permission setting, either to give it location access or to shut it off. It’s also a good idea to audit this list of apps from time to time.

Apple is also making how often an app accesses your location more transparent through a periodic alert that includes a map of all the places an app has checked your location in the background, and ask if you want to keep the apps’ settings how they are. The addition of the map is eye-opening, and should get people to take the prompts more seriously instead of just dismissing them.

Some apps never request access to your location, but that doesn’t stop them from using known nearby Wi-Fi networks or Bluetooth devices to get a good idea of where you’re at. With iOS 13, you’ll now receive a prompt that requests access to your iPhone ( $1,000 at Best Buy) or iPad’s Bluetooth functionality the first time you open an app.

The first time I launched Facebook after installing iOS 13, I was immediately asked to grant the app access to Bluetooth. I denied the request, and have yet to see any ill effects.

There will be, of course, apps like Tile, the service that helps keep track of your lost keys or wallet, that use Bluetooth to connect to their trackers —  you’ll want to approve that request if you want them to work.

Apple hasn’t publicly detailed how apps are prevented from scanning nearby Wi-Fi networks. We’ve asked for more information and will provide an update when we hear back.

iOS 13 beta: Install at your own risk

Apple didn’t stop with enhanced location privacy features in iOS 13 and iPadOS. There’s a new Sign in with Apple feature you’ll begin to see in apps once iOS 13 becomes officially available in mid-September (if Apple follows its past launch cycle). Sign In with Apple is similar to Facebook and Google’s sign-in buttons, but with Apple’s approach of not tracking and storing user data for selling ads. Apple will even randomly generate an email address for you to use when you sign up and log in to apps. This spares you from getting spam sent to your own inbox and keeps you from having to create a fake account to protect your privacy and keep unwanted emails away.

Outside of iOS, Apple also announced that its smart home platform HomeKit is gaining support for secure routers and encrypted home security cameras. The new routers will add a firewall layer to your smart home devices, and give you complete control over which devices can communicate with each other.

HomeKit cameras will soon have encrypted video capabilities and iCloud storage. Currently, many smart home video cameras upload unencrypted video to their respective servers for storage and analyzing. With HomeKit Secure Video, all uploaded video will be encrypted and no one will be able to view it.

Of course, iOS 13 isn’t solely focused on privacy. There are plenty of new features, such as a way to block unknown callers, a new gesture-based keyboard and a respectable number of hidden iOS 13 and iPadOS features. Bookmark our complete guide to iOS 13 and iPadOS and check back often — we’ll be updating it often leading up to the release of iOS 13 this fall.

CNET may get a commission from retail offers. 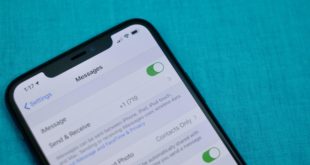 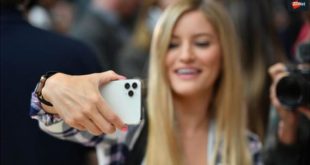 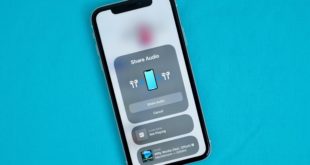 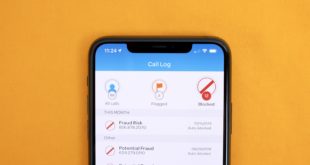 How to stop robocalls: Best practices and apps that stop that annoying ringing – CNET