Intel and Qualcomm are steadily gearing up for 5G


Intel already debuted a 5G modem at CES, after making it clear last year that it was betting big on the standard. At MWC, Intel is unveiling its first gigabit LTE modem — the XMM 7560 — which will go head-to-head with Qualcomm’s new Snapdragon X20 modem. Both devices will take advantage of upcoming LTE network upgrades ahead of full-fledged 5G rollouts. The XMM 7560 is Intel’s first modem built on its 14nm process, and it supports upload speeds up to 225Mbps. It makes sense to invest in improving existing standards support, since LTE won’t be going anywhere for a while. Carriers could conceivably light up 5G capabilities around their evolving LTE setups, instead of replacing them outright.

Additionally, Intel also announced its third-generation 5G trial platform, which lets carriers and other companies test out an end-to-end 5G network with speeds up to 10Gbps. It’s not the sort of thing that a consumer will ever see, but it’s helpful for carriers to test out new network technology in controlled environments. Intel says the new trial platform will be available in the second half of this year, and it’ll compatible with the 3GPP NR specification (which will be the driving force behind 5G) by the fourth quarter. 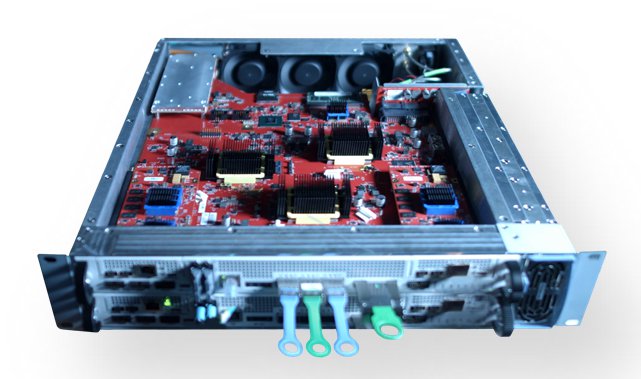 Qualcomm, meanwhile, is touting its first 3GPP NR connection with its prototype hardware (above). The company currently has its prototype working between 3.3GHz and 5GHz frequencies, which is meant to show off the possibilities of sub-6GHz 5G capabilities (basically, much faster speeds and lower latency than 4G). Qualcomm says it’ll be closely tracking the 3GPP’s evolving specification over the next year, which will be key to being ready for the finalized 5G standard. Again, that’s not relevant to consumers today, but it’s going to be a useful tool for testing the upcoming specification.

There’s no doubt that Intel, Qualcomm and practically every other company with a toe in the world of networking will start hyping up 5G soon. What’s more important is recognizing which companies are actually helping to make the dream of 5G a reality.