Breaking News
Home / iPhone / How to play Minecraft Earth, now available in the US – CNET

How to play Minecraft Earth, now available in the US – CNET


Explore, gather items, find monsters and go on adventures in an AR world on your phone. Sounds like Pokemon Go from Niantic, right? It’s not. It’s Minecraft Earth, Microsoft’s new augmented-reality app for iOS and Android phones, and it’s now available in the US, along with nine other countries.

Over 10 years, we’ve played the blocky game on desktop and mobile devices, on consoles and VR headsets, and even got excited about a promised Minecraft movie. But Minecraft Earth could represent the next big phase for the Minecraft, taking the crazy-popular lo-fi sandbox game off your computer screen and putting it in the real world, where you gather resources, encounter mobs, build structures and have adventures with friends and strangers, all on your phone.

Minecraft Earth is the latest attempt to transform gaming on mobile phones through AR. Mobile gaming will generate $68.5 billion by the end of 2019, making up 45% of the global games market, according to Newzoo. Augmented reality and virtual reality are pegged as the future of immersive gaming, and while they haven’t taken off yet, a growing audience of gamers is taking to the streets to play not just Pokemon Go and Ingress, but also Harry Potter Wizards Unite. (Consequently, Facebook CEO Mark Zuckerberg thinks Facebook can save AR.)

Microsoft said it is rolling out the game publicly to Android and iOS players country by country through the fall. I’ve been playing betas and early-access versions of the game since getting access in early September, and here’s my experience so far with Microsoft’s new AR game.

What is Minecraft Earth?

Minecraft Earth takes the popular open-ended sandbox game and turns it an AR environment on your phone, much like Pokemon Go and Harry Potter: Wizards Unite did for those franchises.

As you walk around using the game’s map, you find “tappables” — trees, treasure, chests, chickens and other familiar Minecraft objects — that you tap to gather items to keep in your inventory. You can also build models of structures and then place them in the real world at full scale to explore by yourself or with friends. Each full-scale block is 1 meter high, and structures you deploy can be 256 blocks high, Micorosoft said, so for big projects, you’ll need some open space.

And of course, because it’s Minecraft, you’ll come across adventures on your map that involve surviving a skeleton attack, for example, or avoiding a pool of lava to uncover treasure.

When is Minecraft Earth coming out?

Microsoft is slowly rolling out access to the game country by country through the fall. Right now, early access to the game (on Android and iOS) is now available in the US as well as Australia, Canada, Iceland, Mexico, New Zealand, Philippines, the United Kingdom, South Korea and Sweden.

Once it hits your area, download from the app store and start playing.

Can I play on any Android phone or iPhone?

To play Minecraft Earth, you’ll need an iPhone running iOS 10 or later or an Android phone running Android 7 or later. You’ll also need to have your Microsoft or Xbox Live account info handy because you use it to set up your Minecraft Earth account after you download the game from the iOS or Android app store.

How do you play it?

As with Pokemon Go, you mainly play Minecraft Earth outside, using the game’s map to locate items to collect and places to explore.

As you walk around, trees, pigs, chests and other Minecraft items spawn on the map. When you’re in range of a tappable object, your phone gives you a little vibration and you can tap the object to find items to add it to your inventory.

Gathering items gives you experience points, or XP, toward leveling up. Unlike some other AR games, inventory space is unlimited, so you can collect as many stacks of oak logs or cobblestones as you want.

You can also gain experience points by participating in challenges and adventures (see What are Adventures, below, for more on those).

Find challenges by tapping the tab at the bottom of the screen with a sign on it. Tap the Challenges book on the to see your tasks, which can range from collecting collecting animals and placing torches to building structures.

Note that the game blocks you from gathering items while driving around at speeds faster than 15 mph — so go ahead and try to play as a passenger, but don’t even think about building structures while behind the wheel.

Can you play Minecraft Earth inside, too?

Sure, to some extent. If you want to build, start with what the game calls buildplates, which are prefabricated in-world structures that you can use to create your own design. Basically, they save you time.

Buildplates are easier to work on indoors, where you can place the small scale-model on a table and go from there.

The game comes with five of these ready-made templates for free, and the game’s store offers a dozen more you can buy with rubies, the currency of the game.

The buildplates themselves run 75 to 375 rubies each. You can earn rubies as you gather items found on the map, and you can buy them in bulk through the store using real money, ranging from 40 for $1.99 to 950 for $39.99. See the “How do you build?” section for more on building.

Once you’ve started working on a buildlplate you can’t reset or revert it. You can of course rebuild whatever originally was on the buildplate using your resources.

How do you build?

Using “Build mode,” you work on small scale-model versions of structures. Then when you are happy with your creation, you place a full-size version on the game’s map.

This full-size “Play mode” version will disappear after you are done with it, and anything you do to this full-scale version won’t be saved back to the Build mode version of your structure.

And you can invite friends to help you build and explore structures. Even the smallest full-size structures are big, so make sure you have enough space to set up and explore your structure.

How do you craft and smelt?

Along the bottom, beneath the map, tap the Make Stuff icon (it’s in the middle, displaying a crafting table, stonecutter, furnace, and enchanting table).

To craft an item, tap the Crafting area, select a recipe from bottom half of the window, select how many of the item you want to make and then tap Craft. Each item takes a while — a stone sword takes a little over 3 minutes, for example, and a diamond pickaxe is 8 hours. You can craft just one item at a time now, but you’ll be able to craft items simultaneously in an upcoming update.

You can speed up crafting and smelting times by spending rubies.

Minecraft Earth comes with the default Steve and and Alex skins, but you can change your skin by tapping your profile icon up in the top-left corner. From there, tap the Character tab and then tap Edit. Now, you can either tap the Classic Skins tab at the bottom right to pick a ready-made skin or tap the Character Creator tab in the middle to to make our own custom skin.

Because it’s Minecraft, you go on adventures that include exploring caves and battling skeletons. These adventures are marked on the map with a beacon, and when you are within range of one, you tap to enter.

Going on an adventure may require you to dig or chop or battle hostile mobs — so load a weapon and a pickaxe into your hotbar because you start. You will be rewarded if you successfully complete it, and if you complete an adventure with a friend, everything you collect will be shared. Adventures are timed, so don’t mess around too much.

I’ll continue to play the game as Microsoft prepares it for worldwide release, and I’ll keep this guide updated with what’s new. In the meantime, you can also follow along with GameSpot’s experiences with Minecraft Earth.

Originally published this summer and updated with new information.

Previous Can you really run the iPad Pro as a full desk setup — mouse, monitor, SD/USB hub, and all? This guy did
Next iOS 13.2.2 causes battery havoc 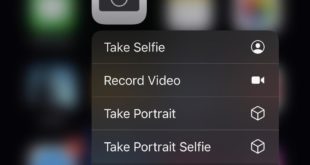 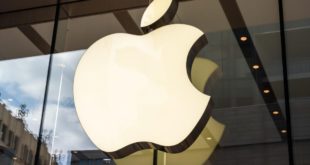 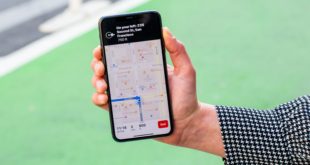 Apple’s next big launch event could be close, but the rumored iPhone 9 (which might be ...