Hitting the Books: When better living through technology isn't enough 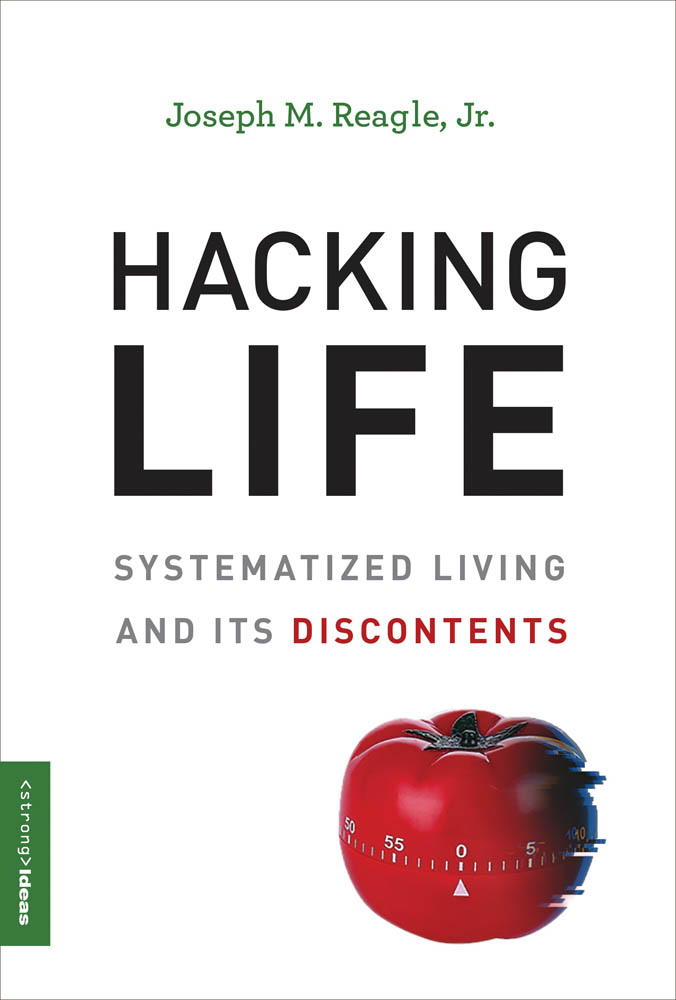 Modern tech culture has long been enamored with the mythos of the lone genius achieving superhuman status (a la The Matrix). Whether it’s Jack Dorsey’s self flagellating dietary restrictions, Peter Thiel’s obsession with “young blood” transfusions, or Tim Ferris’ outright maniacal 4-hour self improvement regimens, if you’re a wealthy white guy in Silicon Valley and not trying to live forever, you’re doing it wrong.

But for all the Bond villain-esque grifters selling the promise of eternal youth in 12 easy steps, a dedicated cadre of technologists have spent years investigating how we might actually achieve Ray Kurtweil’s predicted singularity. In the excerpt below from Hacking Life: Systematized Living and Its Discontents, author Joseph M. Reagle, Jr. examines the origins of Transhumanism and the movement’s vulnerability to degrading into a cultish practice of “healthism.”

The Transhuman Roots of Becoming Superhuman

As a kid, I loved the opening sequence of The Six Million Dollar Man, which begins with footage of an aeronautic catastrophe. Astronaut Steve Austin is barely alive, and over scenes of surgery and bionic schematics a voice declares: “We can rebuild him. We have the technology. We can make him better than he was. Better … stronger … faster.” These three words are the title of the 2011 New Yorker profile of Tim Ferriss; two of them also appear in the title of the 2016 self-help book Smarter Faster Better: The Secrets of Being Productive in Life and Business. A clip from a 1970s TV show, of using science and technology to enhance human performance, lingers as a way of describing an aspiration to be superhuman.

Two of [mononymed author] Tynan’s most popular titles are Superhuman by Habit and Superhuman Social Skills. Tim Ferriss’s book The 4-Hour Body is, according to its subtitle, An Uncommon Guide to Rapid Fat-Loss, Incredible Sex, and Becoming Superhuman. The mantra of his TV show is that “you don’t need to be superhuman to get superhuman results … you just need a better toolkit.” The bionic man’s treatment was not only therapeutic: he was enhanced. Similarly, the goal of optimal hacking is to transcend the nominal.

Of course, the desire to rise above is not new. In Greek mythology, Icarus flew too close to the sun. In Abrahamic mythology, the people of Babel dared to build a tower that could reach heaven. Neither of these myths spoke to genuine possibilities. Rather, they warned of hubris, and Icarus and the people of Babel were scattered upon the earth. But with the advances of science in the twentieth century, some hoped that real transcendence was imminent.

In 1957 Julian Huxley, an evolutionary biologist, wrote Transhumanism in the belief that “the human species can, if it wishes, transcend itself—not just sporadically, an individual here in one way, an individual there in another way, but in its entirety, as humanity.” His mechanism for this transcendence was a progressive eugenics. Huxley was skeptical of the biological notion of race and cognizant of its abuses, so he proposed raising the living standard of the “poorest classes” via a “curative and remedial” program. Huxley knew that education and health care led to people having fewer children. Raising the living standard among the impoverished accomplished two things. Those who never had a chance to meet their potential would finally be able to do so. Those with little potential would live better lives and have fewer children, lessening their effect on the human stock. This philosophy informed much of his work, including as the first Director- General of the United Nations Educational, Scientific and Cultural Organization (UNESCO).

In subsequent decades, personal technologies displaced population eugenics as the expected driver of change. In the 1980s, transhumanists looked to genetic engineering and nanotechnology. In the 1990s, computers and networks led to predictions of artificial intelligences and cyborgs; they also inspired the possibility of becoming posthuman. Mark O’Connell explains this far-fetched notion in his 2017 book To Be a Machine: Adventures among Cyborgs, Utopians, Hackers, and the Futurists Solving the Modest Problem of Death. Executives and investors at companies including Google, Microsoft, Facebook, and Tesla speak of a near future of machine intelligence. Some find this worrying. Tesla’s Elon Musk routinely warns the public of an artificial intelligence apocalypse. Others eagerly anticipate the rise of machines smarter than us. Of these optimistic Silicon Valley entrepreneurs, O’Connell writes that “these men — they were men, after all, almost to a man—all spoke of a future in which humans would merge with machines.” For example, in 2012 Google hired a new engineering director, inventor and transhumanist Ray Kurzweil, to lead its efforts at machine learning. The following year, the company also launched a $750 million biotech company focused on anti-aging. Kurzweil is famous for predicting in his 2005 book, The Singularity Is Near, that by around 2045 technology will advance so rapidly, as it learns to improve itself, that human life will become, literally, immaterial. Pessimists like Musk fear we will be wiped out. Optimists like Kurzweil think we will merge with our creations and live forever. In any case, Google has both the synthetic and organic bases covered.

Beyond inspiration, the internet gave transhumanists a means to find one another, to cohere. In 1994 Wired published “Meet the Extropians,” a profile of the latest transhuman advocates. Just as entropy is the universal tendency toward disorder, extropy is an opposing force, pushing us toward transcendence. Transhumanism sees the power of humanistic values, like creativity and reason, as expanding when coupled with technological advances. And extropianism is, in its most recent version, distilled into five principles: boundless expansion (of wisdom, effectiveness, life span), self-transformation (through reason and experimentation), dynamic optimism (rational and action based), intelligent technologies (so as to transcend our natural limits), and spontaneous order (arising from decentralized social coordination). It might seem like a reach to connect those trying to manage their inbox or migraines with extropians. Yet the latter’s five principles encompass the hacker ethos. And Kevin Kelly believes QS will address cosmic questions. Elsewhere he writes that extropy is driving us toward the inevitable emergence of an information superorganism. He’s not as audacious as Kurzweil, but they are simpatico.

Not every life hacker is an extropian, but both movements are drawn from the same wellspring, the Californian Ideology. As a New Republic essay about “the hackers trying to solve the problem of death” put it: the pursuit of “extended youth, neurological enhancement, and physical prowess … carries with it a distinctly Californian air of self-improvement, of better living through technology.” This ideology intensifies a trend toward what scholars refer to as “healthism,” wherein the struggle for well-being is privatized, categorizing health as an individual virtue and illness as a moral failing. Much as productivity hacking can devolve into an oppressive regime of self-flagellation, health hacking can become an accusatory regime of vigor, with blame falling on those too sick to keep up. Not everyone has the resources of Kurzweil, who for a time employed an assistant to keep his hundreds of supplements straight.

The ultimate irony of the extropian view, of better living through technology, is that the optimal life is achieved only when it ceases to be living, in the biological sense. Until then, though, there are lots of other hacks for being better, stronger, faster—and even smarter.

Previous Chat away with the best walkie-talkie apps for Android and iOS
Next Which Cards Do Pro Hearthstone Players Want Nerfed?