Facebook rolls out Backpack, the final piece of its 100G data center pod


When Facebook launched the Open Compute Project (OCP) about five years ago, networking was simply less complicated than it is now — the social network’s 40G infrastructure supported its text and photo-based applications.

Now, as the company moves into more immersive experiences like 360 videos, virtual reality and Facebook Live, it needs more reliable and scalable network infrastructure that can handle those demands.

Facebook took another step toward in that direction Tuesday, officially unveiling the final piece of its 100G data center pod, the Backpack. The Backpack is Facebook’s second-generation modular open switch platform. It’s already in production at Facebook, and the company has submitted its specifications to OCP for review.

The announcement comes a few weeks after specifications for the Wedge 100 — Facebook’s second generation top-of-rack network switch — were accepted into OCP.

“To move from 40G to 100G, there were a lot of challenging hardware and optical and chip-level concerns the team had to address to get that to work,” Omar Baldonado, Facebook’s director of software engineering on networking, told ZDNet. But to accommodate the future of Facebook apps and services, he said, “we needed to go bigger and faster.”

Backpack boasts the same performance levels of 6-pack, Facebook’s first platform, but with more speed. It also has a better cooling system to support 100G ASIC chips and optics while maintaining a fabric design that’s simple and scalable. It has a fully disaggregated architecture with a clear separation of the data, control, and management planes. Its orthogonal direct chassis architecture enables better signal integrity and opens up more air channel space for a better thermal performance.

“You have to consider that 100G is at the leading edge,” Baldonado said. “We were trying to be at this leading edge but in a way that was sustainable and scalable… The orthogonal design introduces a number of interconnections we need to have inside Backpack, so it makes it easier to cool and requires less power.”

As with the first generation, the hardware works with FBOSS, Facebook’s Linux-based operating system, and OpenBMC, its open source framework for system management. Facebook is integrating the switch’s software into existing BGP monitoring infrastructure, and they also built a FIB monitor to log FIB updates.

With its own software and disaggregated architecture, Facebook has more flexibility to implement features at its own pace. However, as Baldonado noted, “Not everybody can write their own network operating systems.” Multiple companies are already building solutions on top of the Wedge 100, including Big Switch Networks and Canonical.

The Wedge 100 is already available as a commercial product, and Backpack should be available next year, Baldonado said. Customers, he said, can “feel confident these things work at scale because we use them on Faceook.”

The rising tides of big data, video, and cloud computing are driving tremendous demand for faster and more efficient networks. We delve into how things like software-defined networks (SDN) and new wireless technologies are enabling business transformation. 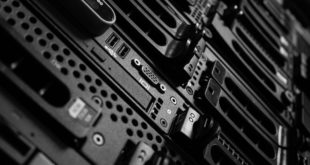 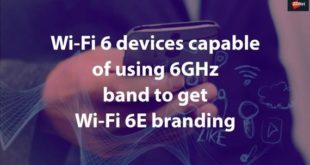