The game will now be handled by a number of EA studios.

EA has announced that the Amy Hennig-directed Visceral Games Star Wars title will be refocused and developed by other EA studios while Visceral Games closes down.

Executive Vice President of EA Patrick Soderlund announced in an EA blog post that Visceral’s linear, story-based action-adventure game will now be developed across EA’s Worldwide Studios with EA Vancouver leading production. And instead of making that linear, story-based game, the title will be reshaped “to be a broader experience that allows for more variety and player agency, leaning into the capabilities of our Frostbite engine and reimagining central elements of the game to give players a Star Wars adventure of greater depth and breadth to explore.”

Brief early footage and concept art of the game were revealed during E3 2016. Watch the video above to see what EA showcased of the project.

“The games we want to play and spend time with, the experiences we want to have in those games, and the way we play…all those things are continually changing,” Soderlund wrote of the decision to pivot the game’s design. As a result of these changes, the game’s originaly planned fiscal year 2019 release is no more — EA will announce a new timeframe of release in the future.

As a result of this change, Visceral will be closing down and EA is “in the midst of shifting as many of the team as possible to other projects and teams at EA.”

(Update: EA responded to IGN’s request for comment in regard to Hennig’s standing with the project, saying the company is “in discussions with Amy about her next move.” As for how much of the already completed development will carry over, an EA spokesperson said “We will be continuing to use a great deal of the work that has been done to date – the assets of the game that has already been built will be the foundation of this new game.”)

Despite the move away from a story-based, linear game, Soderlund says “We will maintain the stunning visuals, authenticity in the Star Wars universe, and focus on bringing a Star Wars story to life.” 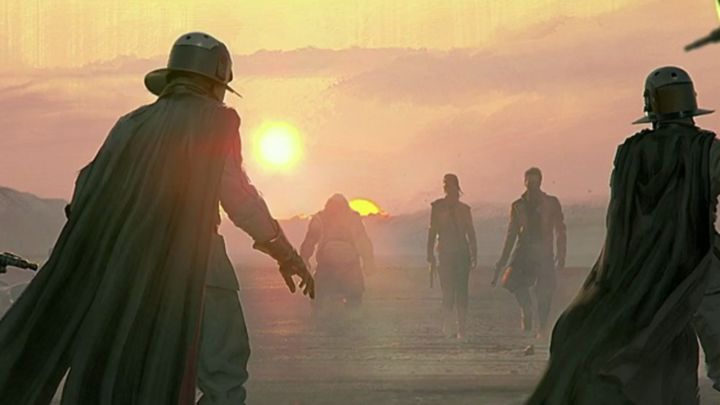 No other details about the project, in its previously announced incarnation or this new, broader form, were offered in Soderlund’s post.

IGN has reached out to EA for further comment, including whether Hennig and other members of the development team will be involved, and will update this post should they respond.

Hennig joined Visceral Games’ Star Wars project in 2014, following her departure from Naughty Dog. Later reports regarding the project suggested it would be a story-focused game in the style of Uncharted. Jade Raymond’s Motive Studio originally opened to collaborate with Visceral on Hennig’s Star Wars game.

Earlier this year, Motive merged with BioWare Montreal and has been working on development alongside other EA studios for this year’s Star Wars release Star Wars Battlefront II.

Jonathon Dornbush is an Associate Editor for IGN. Find him on Twitter @jmdornbush.