Breaking News
Home / Gaming / Do You Have a Question for the Tekken 7 Team?

Do You Have a Question for the Tekken 7 Team?

It’s been a while since the last Tekken home release, but on June 2, PC, PS4 and Xbox One owners around the world will finally get the chance to play the series’ latest – Tekken 7. I say “finally” because Tekken 7 has actually been in arcades for the last two years, and has been refined and built upon significantly in that time. As you’d expect, the home version will take that arcade foundation and add more characters, modes and options.

The Story mode, for instance, is a big focus, and is centred around the battle between father and son – Heihachi Mishima and Kazuya Mishima – with cutscenes that transition seamlessly into gameplay. The more competitive players, meanwhile, will likely spend their time in the new Tournament mode, which lets them quickly form an eight person bracket and has some good quality of life inclusions like spectating fights in progress while waiting for yours to begin.

If you’re as excited about Tekken 7 as we are, then chances are you have some burning questions about the game, and who better to answer them than the face of the Tekken development team, Katsuhiro Harada? 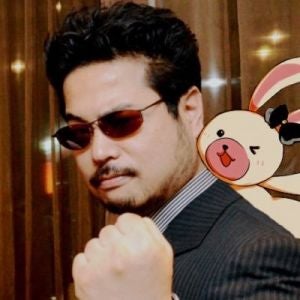 Harada-san has been involved with the series for 22 years and has also worked on several other iconic (Bandai) Namco fighting series, such as Soul Calibur. He’s going to be in Sydney this week, and I’ve decided to dedicate my interview time with him to putting forward questions from the IGN and Tekken communities. Simply submit your questions in the comments and I’ll choose the most interesting, insightful and entertaining ones to pose to him.

While I’m obviously going to choose a number of questions about Tekken 7 specifically, feel free to ask about the series more broadly, about fighting games or esports, or about Harada-san’s interests or background. I’ll add the link to the answers once they’re live here in this article and in the comments. Thanks all!

Cam Shea is senior editor in IGN’s Sydney office, and recently wrote about Tekken 7’s promise as an esport. Please be nice if you tweet at him.