Boeing shows what its deep space habitat could look like


It could also serve as the home base for the Deep Space Transport vehicle Boeing will build to send humans to Mars. The transport system pictured below will have living quarters so spacefarers can endure the lengthy journey. Astronauts can either stay on board or send a lander to the red planet for surface missions.

Both the transport vehicle and the gateway habitat will be powered by solar electric propulsion system, the promising technology NASA used for the Dawn spacecraft and the same one it’s developing further for future Martian missions. Boeing says it plans to launch the habitat in four parts through NASA’s powerful Space Launch System rocket. It expects to start sending to and assembling the Gateway in cislunar space as soon as the early 2020s 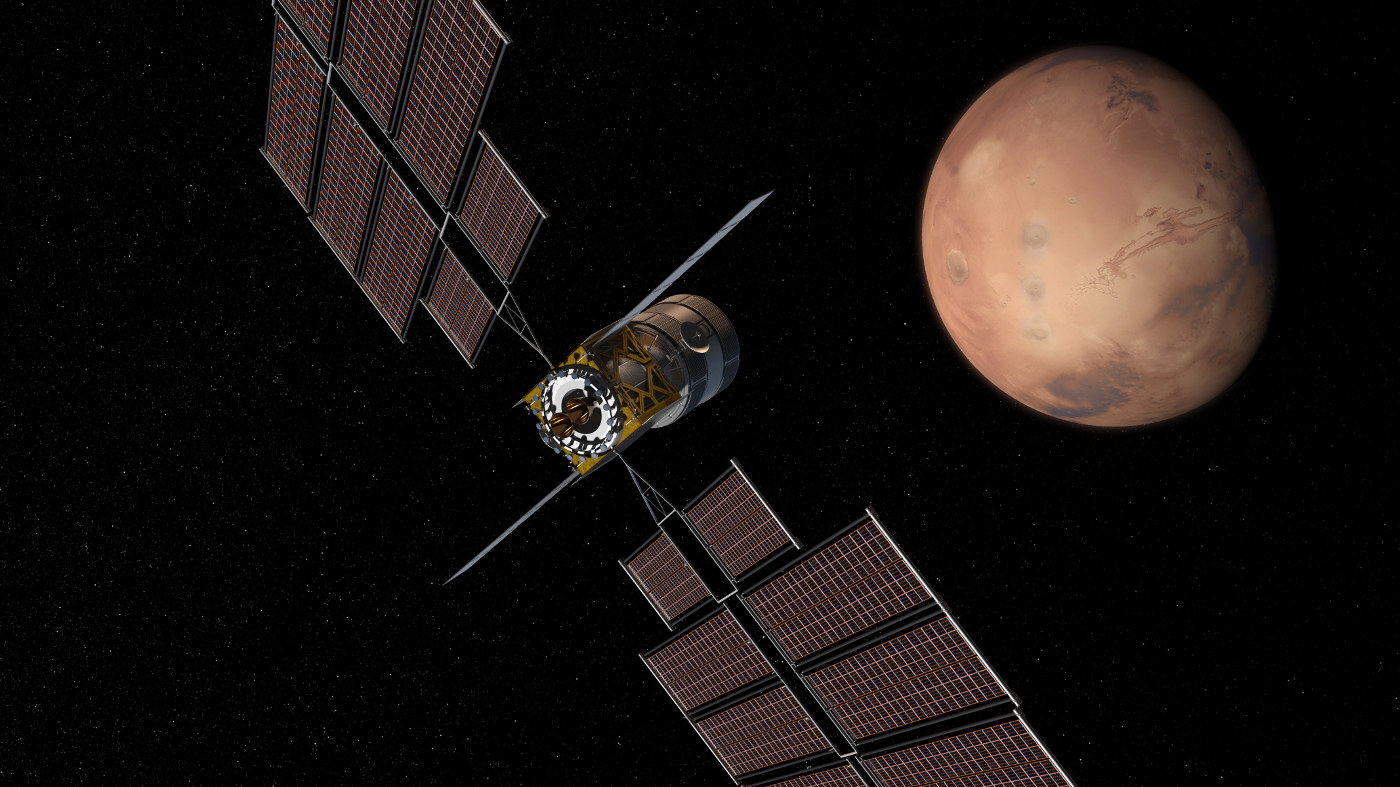