I stream. You stream. We all stream. By March 2019, the Motion Picture Association of America (MPAA) reported streaming video subscriptions passed cable television customers for the first time. There were over 613.3 million streaming subscribers compared to cable’s 556 million subscribers.

But how do you get to all that content? Here are my suggestions.

Getting started with streaming video

Before launching into this, I should mention I’ve been a cord-cutter for a decade. I made the jump because I hated my large cable and satellite bills. And, these days, many of my favorite shows are only available on streaming services. I know a thing or two about streaming gadgets.

But cutting costs alone isn’t reason enough to make the jump. The cable light services, like Hulu with Live TV ($44.99), Sling TV ($25 to $40 for basic packages), and YouTube TV ($49.99) have been going up in price. If you add in such old favorites as Amazon Prime Video ($8.99) and Netflix ($8.99), and the popcorn entertainment powerhouse of Marvel, Pixar, Star Wars, and Disney, Disney+, your streaming bill will start to rival your cable or satellite costs.

The real reason to switch to streaming these days is choice. Online streaming services offer the best of the old. For example, if you like art house and classic movies, you should check out Criterion for $10.99 a month, while 90s television shows such as The Fresh Prince of Bel-Air and Friends will soon only be able to stream on HBO Max for $15 a month.

They also offer your only choice for the best of the new. For such popular shows as Stranger Things, you must have Netflix. For The Handmaid’s Tale, it’s Hulu. For The Man in the High Castle, you must subscribe to Amazon Prime. Traditional over-the-air (OTA) networks, such as CBS, ZDNet’s parent company, are also moving to streaming. Star Trek: Discovery, for instance, is only available on CBS’s streaming service, CBS All Access, which costs $5.99.

In theory, you can get all these on a smart TV. In practice, smart TVs are a poor choice. That’s because, generally speaking, TV manufacturers do a poor job of supporting streaming services. For example, starting Dec. 1, older smart TVs from Samsung and Vizio will no longer support Netflix. I am dead-certain other smart TV lines will no longer support Netflix, as well.

Some smart TVs also don’t support newer channels. For example, if your kids are demanding Disney+ and you have a Vizio TV, you’re out of luck. You can’t stream it. Workarounds are coming for some Vizio models, but try explaining to your five-year-old when they want to watch Frozen right now,

Although true streaming devices can become obsolete, it’s a lot cheaper to buy a new one than it to buy a new TV.  So, before you buy any of these, if you like a particular, non-mainstream streaming service, make sure your device supports it. Only Roku supports pretty much everything and anything.

All that said, here’s my pick of the 2019 streaming devices.

Disclosure: ZDNet may earn a commission from some of the products featured on this page.

Roku builds the best streaming devices. At the top of the list, if you have the 4K and a High Dynamic Range Video 10 (HDR10) TV to support it, is the 2019 Roku Ultra. It doesn’t, however, support Dolby Vision HDR. Since very few videos come with Dolby Vision HDR enabled, I don’t see that as much of a problem.

It comes with a handy remote with programmable shortcut buttons and a headphone jack. The last is nice when you want to watch TV and not bug anyone else in your bedroom. While the old-style Ultra box supports 802.11ac for Wi-Fi streaming, it also comes with an Ethernet port.

Like all Roku devices, it supports more streaming services than any two of its competitors. If you, like me, enjoy exploring the hundreds of video services out there, this makes it a must buy.

I also like Roku’s simple interface. Sure, it’s not flashy, but I know what’s what with it and it’s a pleasure to use. At a $99.99 list price, it’s not cheap as streaming gadgets go, but I like it.

But, if you hurry Walmart is offering a Black Friday deal for Ultra streaming box. It’s available for $48 on Black Friday. This deal comes with  $5 in Vudu credit and JBL headphones. The Roku Ultra deal will be available online starting Wed., Nov. 27 at 7 pm PT.

Other Roku models (starting at $29)

Last year’s Roku Premiere+ has most of the Stick Plus features and a surprisingly good voice interface with audio control built into the remote. That’s good news. The bad news is that it only supports 802.11n at 2.4GHz. That means, if your Wi-Fi is shaky, it may not work well for you. You can only buy the Premiere+ from Walmart for $39.99.

Finally, if you have an older TV from the days before HDMI became the standard, the Roku Express+ for $39.99 can give it a new lease on life. This device uses composite A/V ports to work even with some 20th century TVs.

Mea culpa, I’m an Amazon Echo user. So, my favorite Amazon streaming gadget is the new Amazon Fire TV Stick with Alexa Voice. With either its remote or any nearby Alexa-enabled device, you can order it to start showing The Marvelous Mrs. Maisel whenever you wish. As you might imagine, with Alexa behind it the Fire Stick is the best voice-controlled streaming device.

This Fire Stick supports 4K and HDR-10. It stands out from the rest of the streaming devices with its support of Dolby Vision, an HDR format alternative to the more popular HDR10.

In theory, Dolby Vision HDR is superior to HDR10 because of its potential to display more colors. I doubt you’ll be able to see the difference. Besides, if you’re an old video fan like me, you’ll remember how Betamax really was better than VHS. And you’ll recall how much good did that Betamax in the long run and the difference between Dolby Vision HDR and HDR10 is far smaller.

Besides Amazon Prime, it supports most of the other popular streaming services such as Netflix, Hulu, and YouTube. At $39.99, this Fire TV Stick an affordable, high-quality streaming gadget. If you don’t have a 4K TV, there’s a $10 cheaper Fire TV Stick for HDTVs.

I haven’t been happy with the last few Apple TV generations, but Apple finally got its groove back with the 2019 edition of the Apple TV 4K. For example, it finally supports 4K  streaming, HDR, and applications for most of the major streaming services.

That said, the Apple TV 4K is heavily Apple-centric. That’s great if you have your own iTunes or Apple TV app-based media library. On the other hand, it can’t stream at full 4K HDR video from such external services as Netflix, YouTube, or Vudu. It will play them, but it downscales them to 1080p HDTV.

At $179 for the 32GB version or $199 for the 64GB version of the Apple TV 4K, like all Apple products, is not cheap. You can save some money by simply getting the $179 version. Unlike earlier models, the Apple TV only uses its onboard storage for applications and games. It streams all its videos.

The Apple TV 4K’s bottom line is it’s great for anyone whose life is built around Apple products or the new $4.99 Apple+ streaming service. Others can spend far less to watch the same shows.

Google’s Chromecast isn’t for everyone. The main difference between it and other streaming devices is that it can mirror your Android device’s screens and Chrome web browser display to your television. That’s it. Doesn’t sound like that much does it?

Ah, but screen mirroring is a darn handy feature. It enables you stream to your TV any web video content. Not everything, after all, is available on YouTube. You can also use it to throw video-conferences on a TV. Or, by using a Virtual Private Network (VPN), you can stream content you can’t usually stream to your TV. For example, I use mine to watch UK television shows like His Dark Materials via BBC iPlayer.

Unlike the other devices, it doesn’t have a remote. You must use an Android or iOS smartphone or tablet to set it up and control it. Once ready to run, you can also control it with your voice using any device, like a Google Home, which supports Google Assistant. So, for example, I can say, “Hey Google, watch The Umbrella Academy on Chromecast,” and it starts playing.

Last, but not least, I carry a Chromecast with me, so I can use most hotel TVs to watch the television I want instead of the hotel’s selection. For a mere $35, the third-generation Chromecast is a nice addition to any serious streamer’s gadget collection. 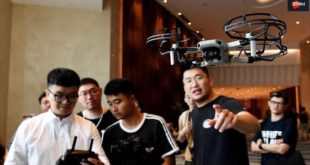