Barnes & Noble released its latest Nook tablet, the Nook Tablet 7-inch, on Black Friday in its latest attempt to battle the success of Amazon’s popular Fire tablets. With a low price of just $50, the new Nook was supposed to compete with the dirt-cheap Fire 6, but B&N’s slate has been riddled with issues from the start.

Shortly after its launch, the Nook was found to be loaded with ADUPS firmware that could allow hackers to spy on the device’s user, presumably thanks to the Chinese manufacturer B&N used to produce it (a cost-cutting break from its partnership with Samsung and its Galaxy brand of tablets). The bookseller claims by launch it had updated the Nook to a version that did not track user data and was working on removing it from the device altogether, but it was hardly an auspicious beginning for the tablet.

Then more recently a poster on Reddit claimed to be a Barnes & Noble retail employee and claimed that the new Nook had been recalled from stores. The company’s website has also been updated to reflect that the Nook Tablet 7-inch is now “not available.”

While speculation was that B&N was unable to rid the Nook of the ADUPS spyware satisfactorily, the company told the Android Police website that it pulled the tablet from sale for an unrelated reason. It claims that three incidents of the casing of the Nook’s charging adapter breaking led to the halting of retail sales. No injuries were reported, but Barnes & Noble says that existing owners can charge the Nook via a computer instead and that the company is sourcing a replacement AC adapter.

This incident is just the latest woe for the Nook brand, which Barnes & Noble started several years ago as the tablet market spiked in popularity. Over time, the struggling platform found itself spun off, then partnered up with Samsung’s tablets. You might think this new hardware failure would finally close the book on the Nook, but we’ve thought that a number of times over the last few years, and B&N has always written another chapter for it. We’ll see what happens when the page is turned once again for the Nook.

Previous Nintendo talks Switch launch titles, price point and lessons learned from the Wii U
Next iPhone: What will the next 10 years bring? 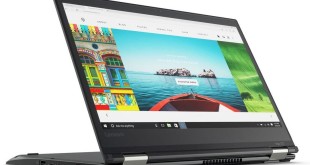