ESO’s VLTI is a collection of four 8.2-meter telescopes and four smaller, 1.8-meter auxiliary telescopes. Together, the eight instruments form a massive virtual telescope 200 meter across. This capability allows the VLTI to spot the finer details the telescopes won’t be able to see on their own.

Ohnaka says they chose Antares, because aside from the fact that its size makes it easier to observe than its smaller counterparts, it’s still a mystery how big stars like it “lose mass so quickly in the final phase of their evolution.” Mapping its surface and the movements of the gases in its atmosphere is “a crucial step towards clarifying this problem.” It’s also nice to have a close-up photo of Antares before it explodes in the next few hundred thousand years.

The red regions in the team’s velocity map below represent gases moving away from us, while the blue sections are the gases approaching us: 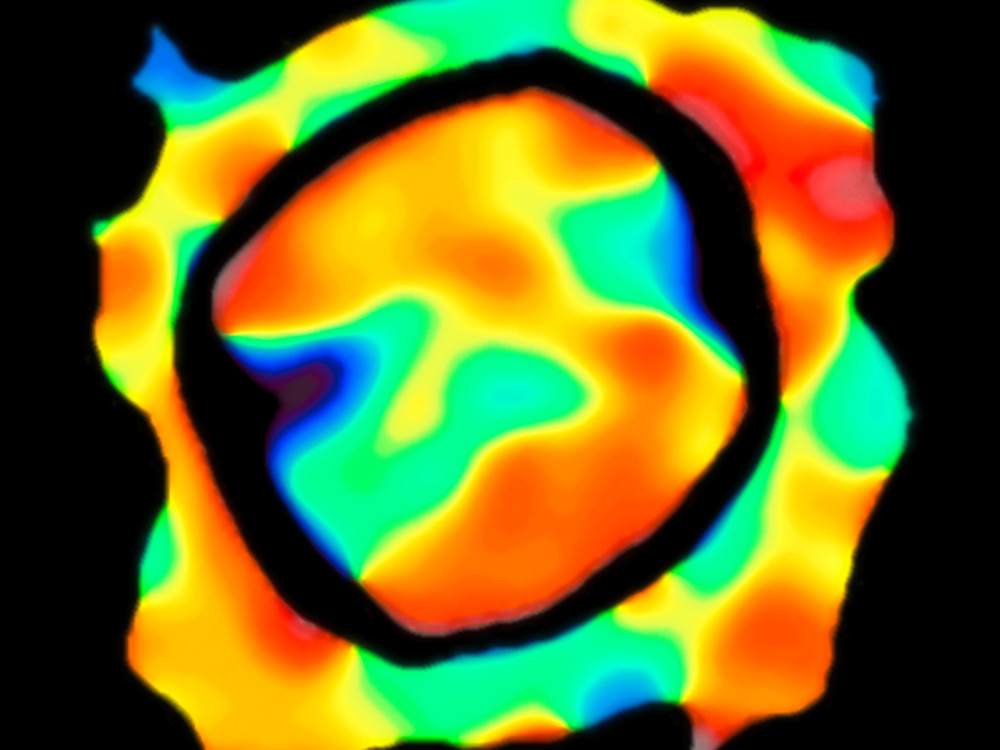 Ohnaka says the technique can be “applied to different types of stars to study their surfaces and atmospheres in unprecedented detail.” He added: “This has been limited to just the sun up to now. Our work brings stellar astrophysics to a new dimension and opens an entirely new window to observe stars.”

Previous Wattpad moves into video with personal storytelling app, Raccoon
Next Top Of The Table – The Games Of Gen Con 2017