Breaking News
Home / iPhone / Apple tags are rumored to track your stuff: Everything we think we know – CNET


Reports have long been circulating about Apple making a tracker tag similar to Tile smart trackers. And since Apple debuted new ultra wideband, or UWB, technology in its iPhone 11 models, speculation has heated up that Apple could release its Tile competitor in the coming months.

Apple first debuted iBeacon, an implementation of Bluetooth low-energy wireless technology, in iOS 7 in 2014. The beacons were small, inexpensive Bluetooth transmitters that aimed to provide location-based information and services to iPhones. For example, if a retailer has a beacon in its shop and you have the retailer’s app, when you pass the shop you might get an alert for a special offer.

The rumored new tracker tags could work a little differently. For example, Tile’s tags can be clipped onto your keys, a bag or a child’s toy or slipped into your wallet or passport. They can also be stuck on a device, remote control, outdoor gear or other small electronics to help you keep track of lots of different items.

While nothing has officially been confirmed, Apple has dropped a number of breadcrumbs to indicate that the product is possible. Apple didn’t respond to a request for comment.

Here are all the rumors we’ve heard so far about Apple’s possible tracker tag tech.

In February, the Japanese blog Macotakara reported anonymous sources as saying the tracker devices will be announced in fall 2020. The blog said that the tags will be totally waterproof and have a similar magnetic charging process to that of the Apple Watch.

MacRumors reported that screenshots, which surfaced last October, depict an updated version of the Find My app. One of the screenshots published by MacRumors features an Apple logo. Underneath the logo, the screen reads “Set Up New Tag.” Other screenshots show instructions to pull the tab on your Tag and bring it near the iPhone to start the adding process. The screenshots refer to the Tags by their codename, B389.

The possible Tile competitors could be called AirTags, according to 9to5Mac, which spotted the name in the iOS 13.2 release in October last year. In the file system, a folder for Apple’s latest version of its mobile operating system was labeled “AirTag.” It reportedly would be paired with your iPhone, like the AirPods, and you could track items using the Find My app.

After Apple’s WWDC’s keynote presentation in June last year, “Tag 1.1” was spotted in the original iOS 13 code by developer Steve Moser, and whispers began about the company developing its own alternative to the Tile trackers. Further examination of the original internal build showed that the tracker would likely be small and circular, with the Apple logo in the center.

Rumor: What the tag can track

If the tracker tags are going to mirror Tiles, it’s possible that they’ll be able to clip onto various items. The iOS 13 code suggested the tags will be battery-powered and able to attach to items like keys, a purse or a backpack, and could then be used to help you find them if the item is lost. The tracker tags can reportedly pair with your iCloud account by proximity to an iPhone or other Apple device.

You would reportedly get notifications when the device gets too far away from the tag, so you wouldn’t lose things. If the tagged item is in a location that you’ve set as a safe place, you won’t be notified by the app. If you tap a button on the phone app, the tags could chime. If you put an item in “lost mode,” other iPhone users might be able to contact you if they find the lost item.

The tags and app might also have an augmented reality feature to help find lost items. A red floating AR balloon might appear over the area when people are looking through the screen in the app to help them get a more precise location, according to the iOS 13 internal build, as reported by MacRumors.

Rumor: The tag will work with the Find My app

The tracker tags will reportedly work with the new Find My app, a hybrid of the former Find My Phone and Find My Friends apps, under a specific tab called “Items.” A dedicated hardware tracker would allow anything to be tracked the way the app now tracks misplaced iPhones, iPads or AirPods, for example.

Rumor: The U1 chip in the new phones is prepping other Apple products for the tags

When Apple debuted its new line of phones at the iPhone 11 event in September, it added a new chip to its phones. The U1 chip takes advantage of ultrawideband technology, which will allow increased precision when locating other U1-equipped Apple devices by offering “GPS at the scale of your living room,” MacRumors reported. This isn’t confirmation of the tracker tags, but it appears like Apple is laying the groundwork in its new devices.

Since older iPhones don’t have the U1 chip, it appears likely that Apple would give its trackers both Bluetooth and UWB technology so that it would work with non-iPhone 11 models. However, the newer models will likely pinpoint tracked devices much more accurately. While Bluetooth can track items to within about 5 meters, UWB can track items up to a distance of 5 to 10 centimeters. 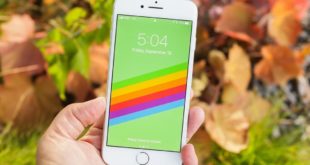 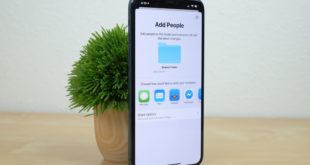 Jason Cipriani/CNET Until recently, the only way iPhone, iPad or Mac owners could share folders ...