Apple iPad (2018) review: The best gets even better


Four years ago, my daughter would come home from school and tell me all about the games and applications she used at school that day. Apps that taught her numbers and letters, then later math and how to read. As my two younger kids started going to school, I looked forward to those same conversations and seeing the spark in their eyes as they learned.

At the beginning of each school year, I would request a list of apps from the teacher, and would install each app on our family iPad so the learning process could continue at home.

Then, slowly, their school began to phase out iPads. Replacing the tablets with Chromebooks and Google Classroom, making the iOS apps and games no longer relevant.

Also: How Apple, Google, and Microsoft stack up in education technology

I’ve grown to appreciate the Chromebook’s place in my kids’ educational journey. The attached keyboard is teaching the invaluable skill of typing (and spelling!), and Google Classrooms is easily accessible from home so my wife and I are able to help with projects.

The transition of iPad to Chromebook is a common story, with Chromebook’s holding 60-percent of the education marketshare.

Last month, Apple renewed its approach at tackling the education industry and putting an iPad on the desks of kids across the globe. The announcement took place in a school in the middle of Chicago, Ill. Those in attendance saw teachers and educators paraded across the stage, each one with an inspiring story of how an iPad has impacted his or her students.

Apple announced new education software tools, such as Apple School Manager for setting up user accounts and provisioning iPads, an updated Classroom app for teachers to control iPads, and 200GB of iCloud storage for each student.

Apple also tried to tackle the perception that the iPad is too expensive for education, and announced the sixth-generation iPad with Apple Pencil support. For consumers, the iPad is the same price as last year’s model, $329. But for education users, the price drops down to $299.

For the past few weeks, I’ve been using the new iPad, complete with an Apple Pencil. And while I can’t proclaim either way whether or not Apple’s education push will be effective, I can say that this iPad is a big win for consumers.

Not a lot can be said about the iPad’s design that hasn’t already been said. The latest iPad features the same design as previous generations, which makes it difficult to tell it apart from an iPad Air 2, or even last year’s model.

There’s nothing wrong with Apple sticking to the same design; it’s surely cost-effective and helps maintain the $329 price tag.

Storage options include 32GB or 128 GB, and the iPad comes in silver, gold or space gray. The 9.7-inch Retina display has a resolution of 2,048 x 1,536 for a total of 256 pixels per inch (ppi). Just below the display is a home button with a Touch ID sensor beneath it.

For the first time since Apple introduced the Apple Pencil, the company has added support to a non-iPad Pro device. With support for the company’s $99 stylus, users are able to take notes, sketch, draw, and interact with applications.

When holding the iPad vertically a 3.5 mm headphone jack and the sleep/wake button are on top, and a Lightning connector on bottom for charging and syncing data. The left side of the iPad is bare, with the required magnets to connect one of Apple’s Smart Covers to the iPad, with the volume rocker on the right side.

The Smart Cover I use on an iPad Air 2 works with the newest iPad.

Not much Pro carryover

For the time being, Apple’s Smart Connector technology found on the iPad Pro will remain a “Pro” feature. Apple uses the Smart Connector to connect to accessories, such as the Smart Keyboard Cover, and charging docks. The connector itself provides power to the keyboard, for example, as well as accepts the keyboard’s input, forgoing the need for a Bluetooth connection.

Also: How the iPad Pro with Smart Keyboard totally replaced my Macbook

Adding a Smart Connector to the entry-level iPad is something I desperately wanted to see Apple do with this update. The streamlined interaction between iPad and keyboard, inside and outside of a classroom or work cubicle, is something everyone can benefit from — not just pro users.

Additional features that didn’t make the transition from Pro to mainstream include Apple’s True Tone display with ProMotion and four-speaker audio.

Powered by Apple’s A10 Fusion chip, the iPad is capable of using iOS 11’s multitasking features and augmented reality apps or games.

The iPad’s multitasking support isn’t on par with the iPad Pro line, where two apps can be open at the same time with a third app placed atop either app. Instead, you’re limited to using two apps in split-screen and a third app playing video using picture-in-picture mode.

Access to an additional app via Slide Over is convenient on the iPad Pro, but part of the appeal of working on an iPad is that it forces you to focus on the task at hand. Not having one more app — or distraction — isn’t something to fuss over.

As Apple has consistently done with the iPad line, the battery life of this model is enough to get through an entire day, even with heavy use of the Apple Pencil.

Apps open quickly, Safari tabs don’t often have to reload due to low memory, and overall, this iPad is a joy to use.

Not just for education

Apple put a lot of resources into framing the sixth generation iPad as an education device first, with consumers being the secondary category. However, there’s potential here for an inexpensive iPad across multiple industries and in businesses.

From point-of-sale stations to sketching down ideas in meetings or presenting options to customers, the new iPad isn’t limited to just the education sector.

Sure, the entire portfolio Apple revealed in late March is a boost for its education sales pitch, but it doesn’t stop there.

At $329 the sixth-generation iPad is the iPad for most users. It’s fast, reliable, and secure. Throw in the $99 Apple Pencil and the functionality expands considerably.

The new iPad is a worthy upgrade, or a stellar first tablet for consumers, business users, and, yes, students. 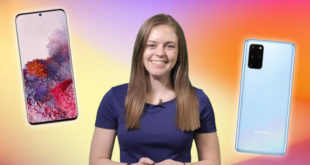 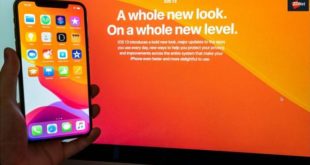 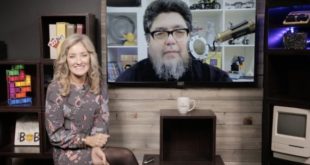 Beautiful, but the timing just wasn’t right. Image: Laurenz Heymann It was an instant attraction. ...