Unlike Google, Facebook and Amazon, Apple makes its money with hardware and to a lesser extent, services like iTunes, App Store and Apple Music. So when it introduced new features for High Sierra’s Safari that kill autoplay videos and stop cross-site tracking, it was for you (the customer).

It certainly wasn’t for the industry. Autoplay videos are used by advertisers to get your attention about their products. Media companies (Engadget included) use autoplay videos to encourage video views which usually include ads. And of course, there’s Facebook with its push for auto-playing videos from, well, everyone.

While Chrome has become the go to browser for many Mac users over the years, the macOS High Sierra version of Safari will also keep you from being tracked by advertisers. Ever looked up a product and then spend the next four days seeing ads for said thing on every site you visit? Yeah, that’s tracking. The updated browser will use machine learning to identify advertisers and other businesses that keep tabs on your browsing habits. It’ll then remove the data, so as you move from site to site, you won’t be dragging what you saw on one page with you for the rest of the week.

Then finally, there’s the Siri-powered HomePod. Like Google, Apple saw the Amazon Echo and decided to jump into the home assistant/speaker space. Unlike Google and Amazon, the HomePod will anonymize and encrypt your voice queries to Apple. The company will know someone is asking a certain question, but it won’t know exactly who that is thanks to the anonymous Siri ID assigned to the speaker. 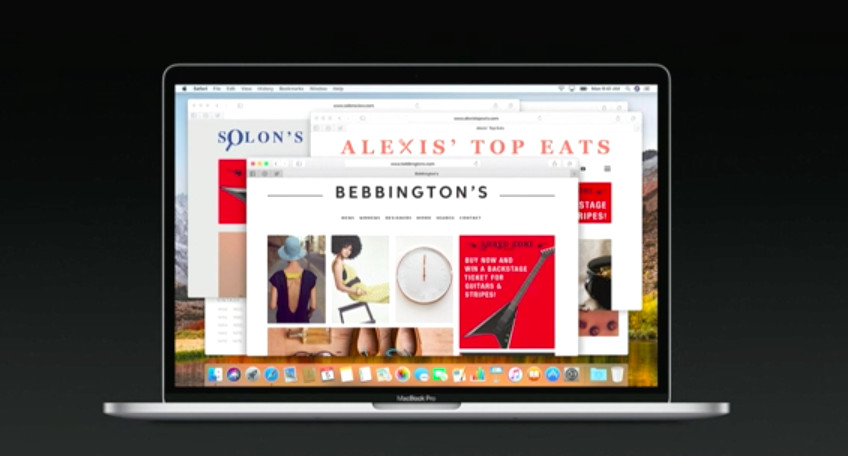 Of course, at $349, HomePod is far more expensive than the offerings from Google or Amazon. Apple assures us it’s a top notch speaker, but you’ll have to decide for yourself when it’s available in stores for testing, or more likely when an audiophile gets a hold of one and writes 5,000 words about its “real-time acoustic modeling.” Although our Chris Velazco seems to like it after a quick listen.

Apple also spent most of WWDC keynote talking about new Macs and iPads which are incredibly important to the company’s bottom line. These Safari and HomePod features are just icing on the cake because Apple doesn’t really care what you search for or how often you ask Siri for the number to a pizza place. For years, any premium paid for Apple products was because “it just worked.” Now the company is positioning itself as alternative to companies that are basically data-mining your life for money. If you’re concerned about your privacy, it might be a worthy investment.

Get all the latest news from WWDC 2017 here!