This story is part of CNET’s coverage of Apple Arcade, including exclusive first looks we got at some of the service’s high-profile new games.

Apple Arcade has reached 100 games, after adding six more to the new $4.99 monthly subscription service on Friday. Players can now check out Takeshi & Hiroshi, Guildlings, Marble It Up: Mayhem!, Sociable Soccer, Discolored and UFO on Tape: First Contact as part of Apple Arcade’s growing catalog of games. The games are available on iPad, iPhone and Apple TV to start, with content slowly coming to Mac as well.

Read more: All the hardware you need to play Apple Arcade games

Here are some details on the five new games.

UFO on Tape: First Contact gives you a chance to explore how you might react if an alien spacecraft came down out of the skies. Be brave, grab your phone and start recording (minus the tinfoil hat) as you race across the countryside after the intergalactic visitors.

Puppet animation meets RPG in Takeshi & Hiroshi. You play as Takeshi, an aspiring game designer who’s building a game for his little brother Hiroshi. Hiroshi plays quickly, so Takeshi has to improvise, since the game is still in the making. As the game progresses, making sure Hiroshi enjoys the game but still finds it challenging becomes a challenge in itself.

In this story-driven episodic adventure, you’ll set out on a digital quest with your friends to reach a mystical mountain temple. Fight off goblins, ghosts and coffeemakers with a conscience (You read that right: coffeemakers). Don’t forget about saving the world. A magical phone is all you need to trigger the adventure. Guildlings is a casual fantasy tale that adds nostalgic elements from classic RPGs and older point-and-click puzzle games.

Marble It Up: Mayhem!

Publisher: Marble it up

Marble It Up: Mayhem! is a fresh, digital spin on vintage marble games. Roll your marbles through challenging and elegantly rendered campaigns. Along the way, paths will get more complicated and gravity might shift — make sure you grab power-ups and gems, and blast your friends to stand a better chance of winning.

Fans of FIFA and other sports video games might like Sociable Soccer. Build up your team and become a force to be reckoned with on the field by collecting 25,000 cards from 1,000 international teams. Take on other teams in multi-player mode or play solo in a 60-hour campaign mod. Sociable Soccer also offers ad hoc friendly matches.

Investigate a lonely roadside diner at the end of an abandoned highway that the locals say has lost its color. Solve puzzles around the desolate locations and restore color to the once-vibrant world. As you continue uncovering clues, you’ll find out that not everything is what it seems. Discolored is a first-person puzzler that mystery fans might enjoy.

Previous Cisco: All these routers have the same embedded crypto keys, so update firmware
Next ACMA to use s313 to block illegal offshore gambling sites 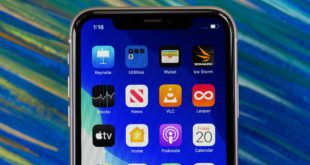