But it’s not just the Australians.

Animal Crossing: Pocket Camp launched for free on iOS and Android in Australia ahead of other countries, and climbed to the top of the charts on the iOS App Store within 12 hours of its release. 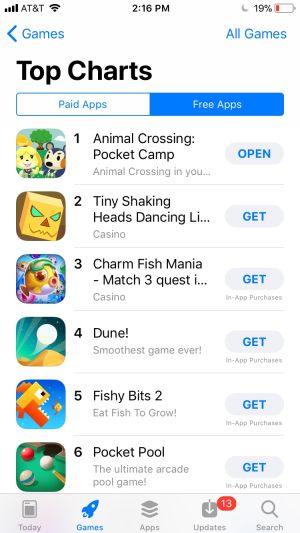 While this climb is faster than any Nintendo App before it in Australia, it’s worth noting these numbers could be skewed due to Pocket Camp being free and other countries signing into the Australian store to download the game.

Animal Crossing: Pocket Camp officially releases in late November for those in the United States, but anyone can get set up to download the game within about 10 minutes using our guide.

For more on Animal Crossing: Pocket Camp, here’s everything we learned during the Nintendo Direct.