Four rocky worlds were found, with two in the habitable zone, about 0.5 and 1.25 times as far from their star as the Earth is from the Sun. That works out well, as Tau Ceti is a bit smaller (78 percent) than the Sun, and is correspondingly less intense. The smallest of the worlds is about 1.7 times the size of Earth, but the habitable zone planets are much larger “super Earths” that could potentially support life.

However, Tau Ceti is known to have a big debris disk that probably produces far more impact events via comets and asteroids than we have on Earth. While that makes life improbable, the discovery is still important because of the techniques used.

On smaller stars, planets can be detected by the “transit method,” observing the dimming of light as planets pass in front. That doesn’t work as well for bigger stars like Tau Ceti though, as the light levels drown out any dimming. 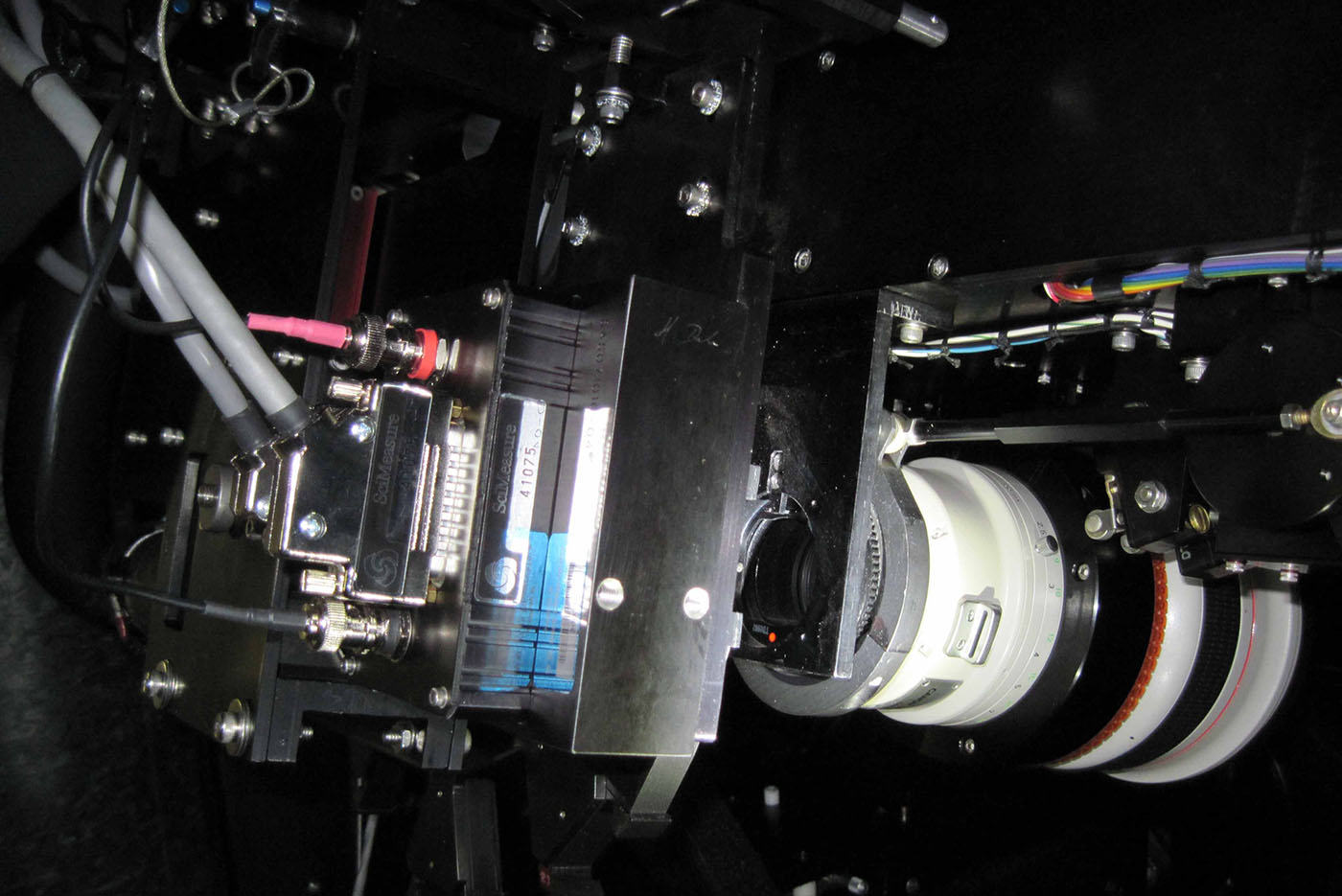 Instead, the team observed wobbles in the star’s movement as small as 30 centimeters (one foot) per second. That has only become possible recently by combining multiple observations from different instruments and sophisticated modeling. In this case, the team obtained observations from the HARPS spectrograph on the European Southern Observatory in Chile, and Keck HIRES (above) on the W.M. Keck Observatory in Mauna Kea, Hawaii.

“We can [now] disentangle the noise due to stellar surface activity from the very tiny signals generated by the gravitational tugs from Earth-sized orbiting planets,” said UC Santa Cruz Professor and co-author Steven Vogt. “Our detection of such weak wobbles is a milestone in the search for Earth analogs.”

Using the new techniques, the same team actually ruled out two planets they previously identified in 2013 as planets. “But no matter how we look at the star, there seem to be at least four rocky planets orbiting it,” said coauthor Mikko Tuomi.

We can disentangle the noise due to stellar surface activity from the very tiny signals generated by the gravitational tugs from Earth-sized orbiting planets. Our detection of such weak wobbles is a milestone in the search for Earth analogs.

The team hopes to refine the techniques to find wobbles as small as 10 cm (4 inches) per second, small enough to detect Earth-sized planets. That could be crucial, because while its easier to spot exoplanets around dim red dwarf stars like Trappist-1 using the transit method, astronomers are beginning to wonder if such stars can actually support life.

Planets tend to get tidally locked to red dwarf stars early in their life because their years are so short — often a week or less. As a result, much like our moon is to the Earth, one side is constantly exposed to radiation and the other is in the dark. “Because of the onslaught by the star’s radiation, our results suggest the atmosphere on planets in the Trappist-1 system would largely be destroyed,” said researcher Avi Loeb.

That makes the likelihood of life just one percent compared to Earth. Since life has enough challenges already, it’s probably got a much better shot on a planet around a type-G, main sequence star. We know for a fact that those can support life, as here we are.